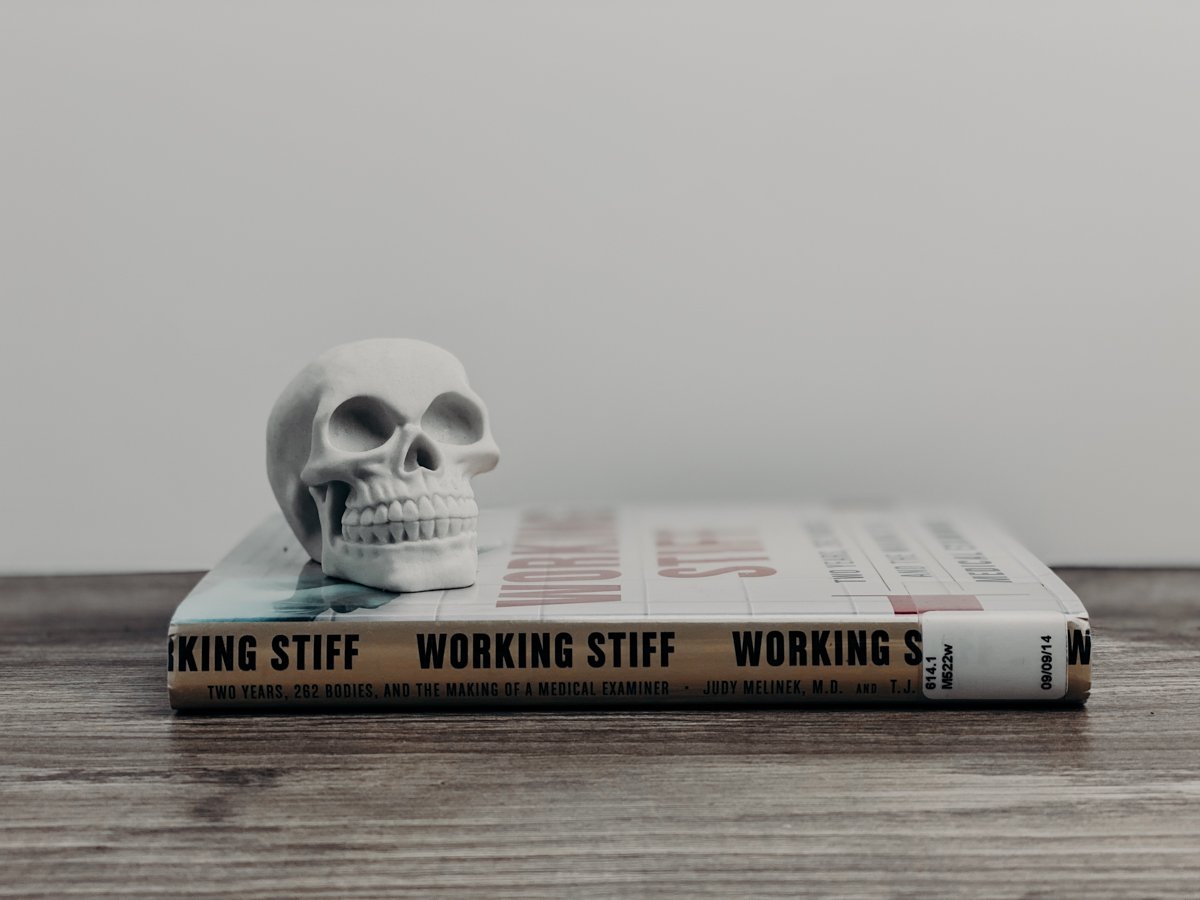 Interested in reading a dark and morbid book next? Here’s the Working Stiff book review: Two Years, 262 Bodies, And The Making Of A Medical Examiner!

Working Stiff: Two Years, 262 Bodies, And The Making of A Medical Examiner

I’ve always been drawn the morbid and dark subjects. Horror movies always had the softest place in my heart. My favorite psychology class was Abnormal and more specifically when we talked about serial killers. I’ll watch any murder docu-series I can get my hands on. You get the point. There wasn’t much persuasion needed for me to read this book.

“Remember. This can only end badly.”

Lively, action-packed, and loaded with mordant wit, Working Stiff offers a firsthand account of daily life in one of America’s most arduous professions, and the unexpected challenges of shuttling between the domains of the living and the dead. The body never lies, and through the murders, accidents, and suicides that land on her table, Dr. Melinek lays bare the truth behind the glamorized depictions of autopsy work on shows like CSI and Law and Order to reveal the secret story of the real morgue. During Dr. Melinek’s first position as a medical examiner, 9/11 happens giving us a firsthand look at how strenuous and daunting this tragic time was from the morgue’s perspective.

This was precisely my kind of book so I thought it was completely fascinating and hard to put down. I finished the book within a couple of days.

READ THIS NEXT  Stay Awake by Megan Goldin

Even someone who isn’t a fan of non-fiction would likely find this very digestible and interesting.

Everything is written for the average layman and no knowledge of science or medicine is needed to understand anything in the book.

It is, however, graphic and detailed but not to the point of being redundant or cumbersome. In fact, I probably would have been okay with more details, but again, I’m weird.

The book doesn’t really have much of a story arc; however, in my opinion, not all memoirs need to have a story arc. This book is more like a bunch of stories about different deaths and one longer story about 9/11 put together in one book. But, I was completely good with that!

The gory, scientific details of the autopsies and crime scenes. Melinek has no qualms getting into the details of her literal hands-on experience at crime scenes and in the autopsy room and her husband, Mitchell, does a great job describing it. You’ll learn all sorts of details about crime scenes, states of decomposition, and details about 9/11 deaths that you’ve possibly never heard about.

There will be maggots, skin falling off from the body, and more.

Learning about what’s it really like on the real-live version of CSI. In one way, I was surprised at how involved Melinek was in crimes – such as going to ask questions and investigate the case.

On the other hand, her hands were also tied – often waiting months and upwards of a year to be sent paperwork needed to rule a death a certain way.

READ THIS NEXT  A History of Wild Places by Shea Ernshaw

She also recounts being pressured by detectives to rule a case as a suicide when she very clearly felt it to be a homicide. I’m not sure if I’m surprised or not about this information.

Learning more about the 9/11 process. As someone who clearly remembers where I was on 9/11 – I was in my high school sophomore class ring demonstration (for lack of a better word). When we exited the multi-purpose room, it was all over the TVs.

This aspect that Melinek shares here is both professional and personal and one you’ve likely not heard about yet. While I was able to relate more to these stories (just from being a connection to 9/11 in general), I was also most fascinated by this section.

Those who had family members or friends perish in the 9/11 attacks, be warned of the contents. While I do believe Melinek describes it with the utmost respect, it is brutal and gory and triggering.

A few things worth mentioning that slightly irked me:

I wasn’t particularly a fan of her thoughts on suicide being a selfish act. However, I took this with a grain of salt considering what having your father commit suicide when you’re still a child would do to you mentally.

I would have preferred the book to be longer. I would have like to have more stories and manners of death, and so on. Some of the murder cases had no closure or real resolution – but perhaps that’s because Melinek also didn’t have that closure.

Often, Melinek never found out the result of the judicial proceedings regarding a particular case and whether the alleged murderer was convicted or not. I don’t know how this didn’t drive her insane. I think I would have to know, especially after becoming quite personal with the victims. However, we’re used to the Hollywood version of these types of stories and perhaps this is not how it really works.

READ THIS NEXT  What Big Teeth by Rose Szabo (+ Giveaway!)

“After performing a meticulous autopsy with no findings, I couldn’t say for sure what had killed this man. I wrote the cause of death as ‘anoxic encephalopathy due to loss of consciousness of undetermined etiology.’ This translates as ‘lack of oxygen to the brain from fuck-if-I-know.”

“When you hear hoofbeats, think of horses–not zebras.’ In other words, most things are exactly what they seem, and the simplest answer is usually the right one.”

“Staying alive, as it turns out, is mostly common sense.” 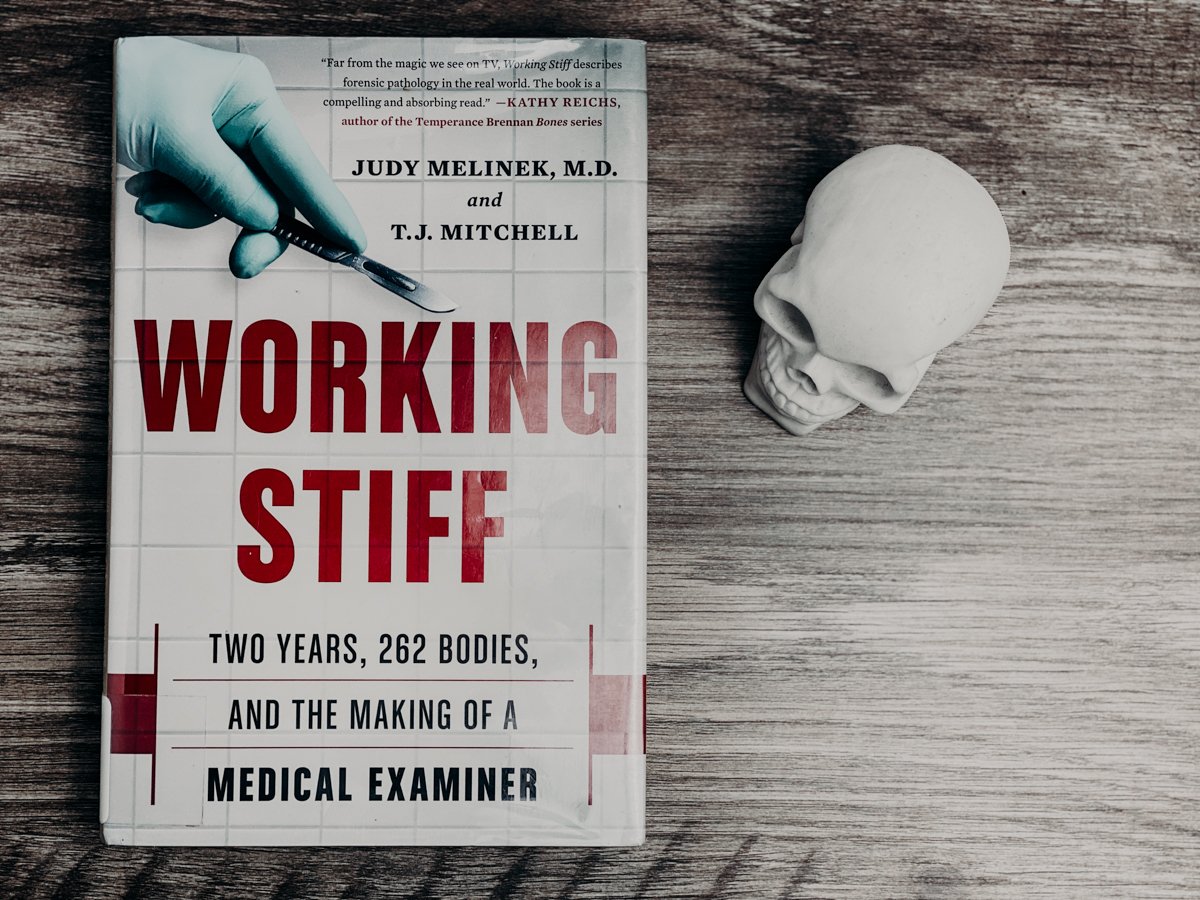 Join me on Goodreads!
See my favorite books on Bookshop and Amazon.
See more posts on plants, books, or coffee.
sdsdadad 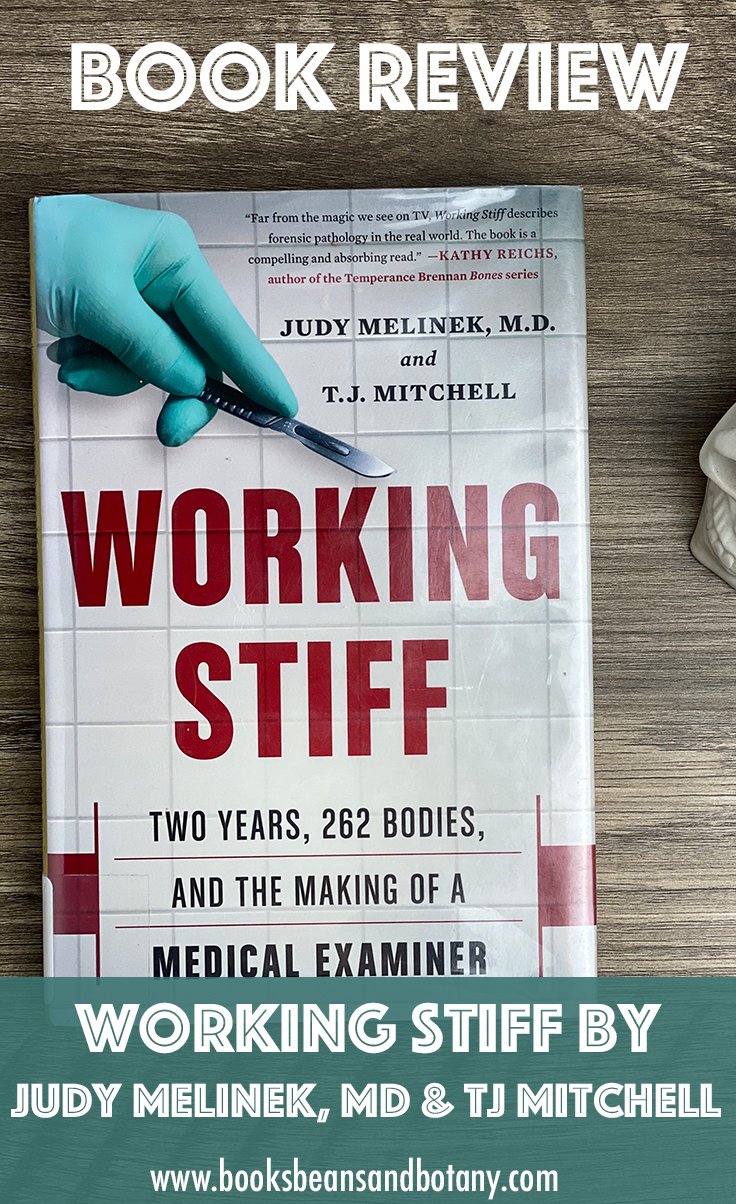 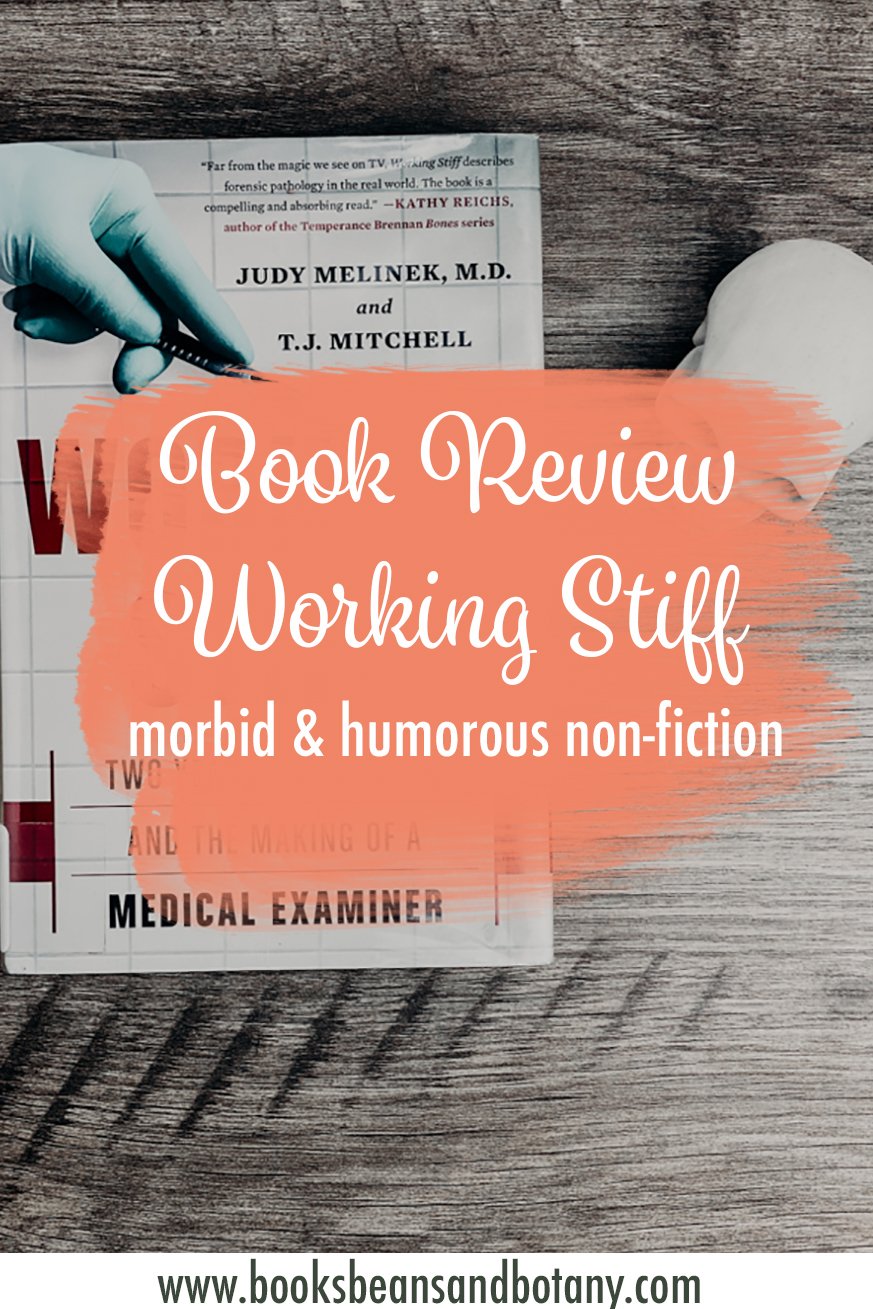 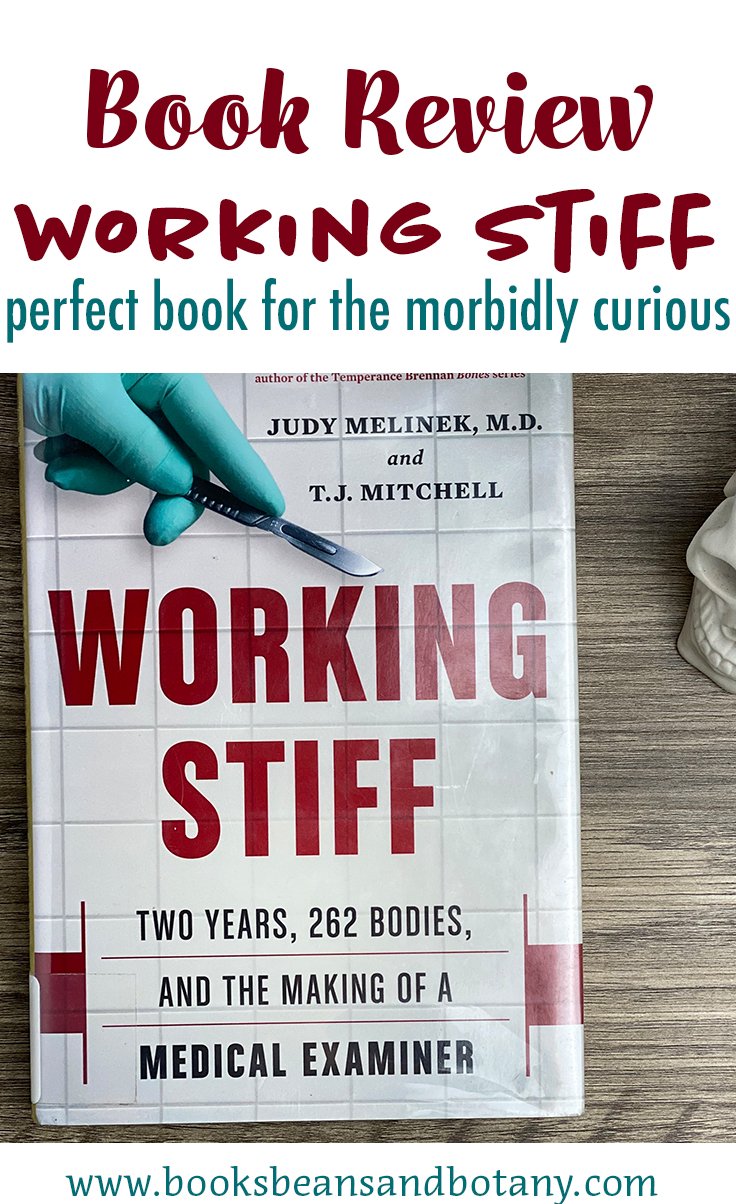 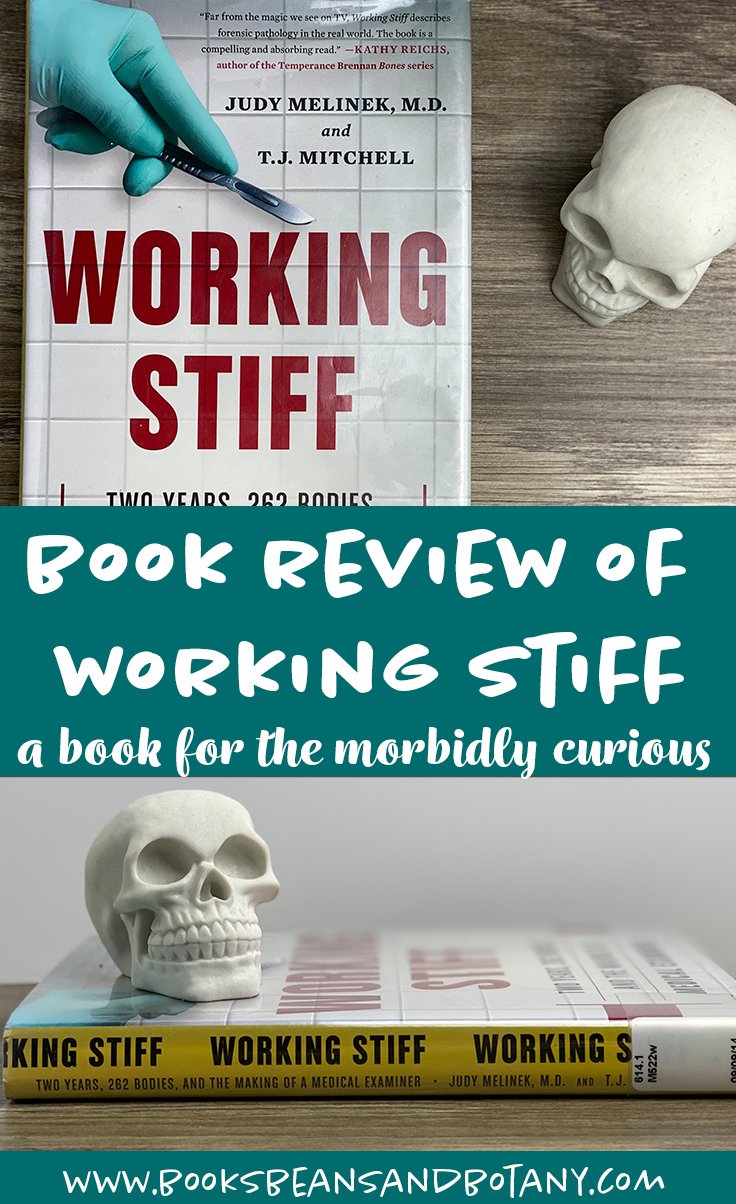 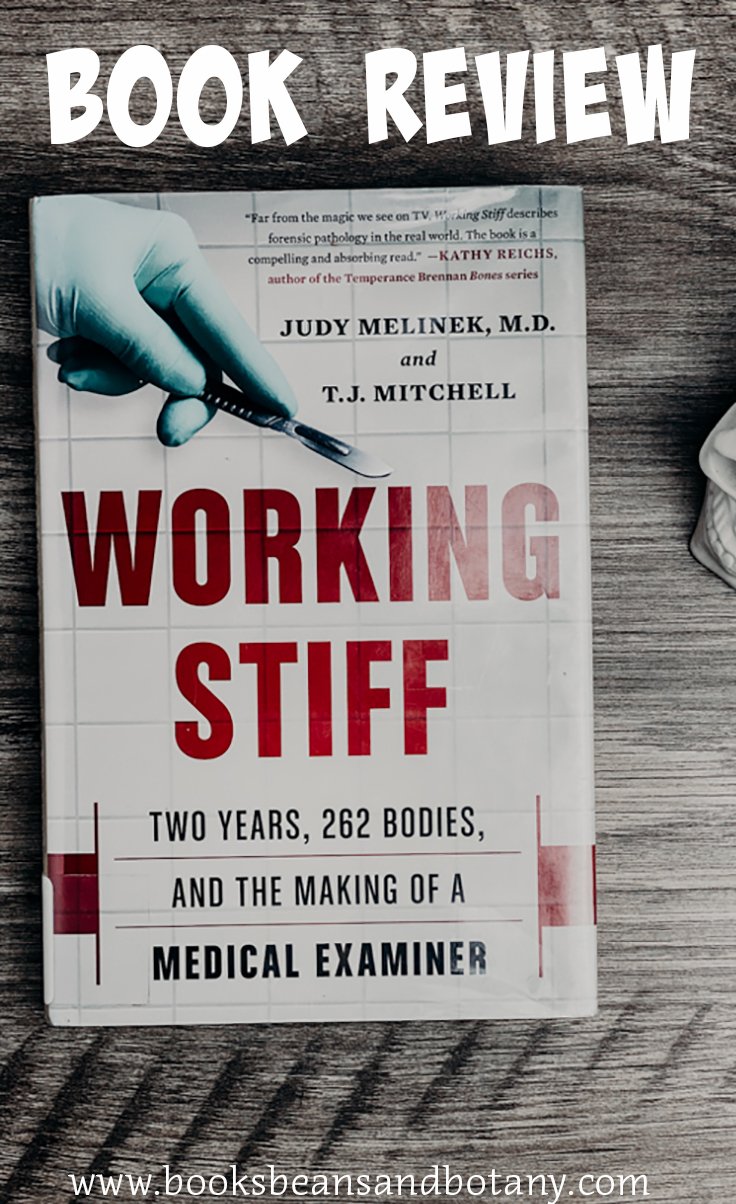