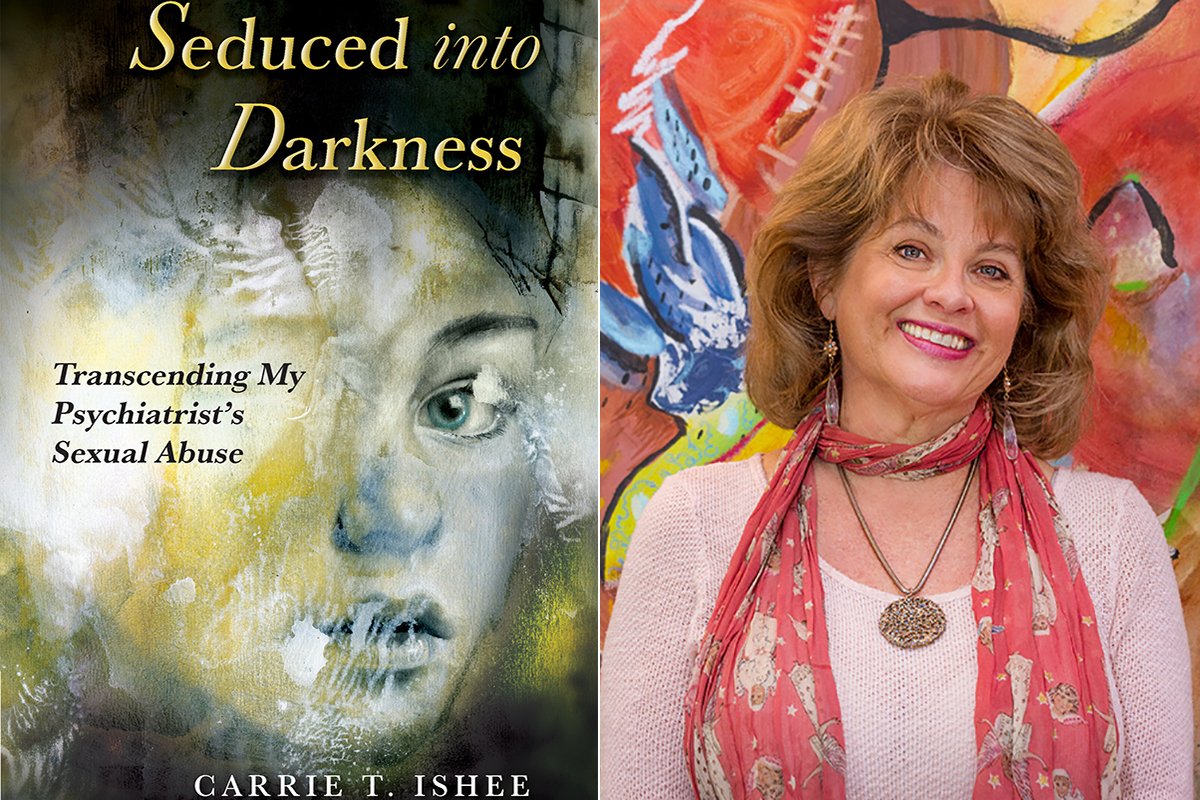 Seduced Into Darkness is a powerful book for anyone interested in psychology, recovering from abuse, or helping victims of abuse. 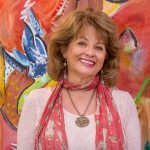 Carrie Ishee has been a student of healing, human potential, and consciousness for more than 35 years. Her quest to know herself began in college when a severe health crisis compounded by her psychiatrist’s seduction and sexual abuse shattered her physically, emotionally, and spiritually. After doctoral studies in clinical psychology, she worked as a behavioral therapist, pursued a master’s degree in art therapy, and later completed a two-year training program in life coaching. Her work today is focused on helping victims, such as she once was, break free from the suffocating shroud of trauma.

As I’ve mentioned in previous reviews, my degree is in Psychology and while I never went on to practice, I’ve always been fascinated by the human mind.

Additionally, as a victim of abuse, I have strong empathy for anyone who has been through similar situations.

“The elevator doors closed with a thud.”

Seduced Into Darkness: Transcending My Psychiatrist’s Sexual Abuse is a vivid and captivating story of hope for survivors of abuse as well as a case study in a skilled manipulator’s tragic exploitation of his professional power.

This poignant memoir chronicles the traumatic psychological abduction and sexual exploitation of depressed college student Carrie Tansey at the hands of her psychiatrist, Dr. Anthony Romano―thirty-one years her senior. For three years, their secret “affair” was carefully calculated and controlled by Romano, as Carrie’s mental and emotional health continued to deteriorate, bringing her closer and closer to the edge.

Their dual-relationship―clinical and clandestine―finally came to light when Carrie’s suicide attempts landed her in a world-renowned psychiatric hospital. Gradually, she began to reclaim her power, reported Romano to the state licensing board, successfully sued him for malpractice, and testified before the state legislature to help pass a law aimed at curbing such abuses.

As Carrie tells her tale, it is a journey paralleling that of the mythical archetype Persephone, the naive innocent who was abducted into darkness, reemerged and regenerated herself, then fearlessly returned to the prison she had fled, this time to help free others. Today, Carrie Ishee is a widely respected art therapist and life coach as well as a teacher specializing in the issues of ethics and boundaries for mental health professionals.

I thoroughly enjoy well-written memoirs.  Non-fiction, in general, is my jam as I’m sure you can tell from my book reviews to date.

I know a lot of people get annoyed with “everyday” people thinking they’re somehow worthy of writing a memoir but I’m not one of them! I think as long as you have a story to tell – and most people do – that it should be told if you want to. Carrie Ishee is a prime example of this and I thank her for being willing to share her story.

As I’m sure you can tell from the title, the memoir expounds on Ishee’s experience of going from a professional relationship with her psychiatrist to a very unethical one.

It can be hard to put yourself into Carrie’s shoes if you’ve never been in an abusive situation, but trust me when I say this – it’s not that difficult to get into these situations especially when you’re vulnerable and it’s even harder to get out of them.

I binged this in one sitting – that’s how much I enjoyed it!

Carrie starts to see Dr. Tony Romano at 21 years of age, only 6 months out from graduating, after dealing with depression.

At the suggestion of an acquaintance, she starts to see Dr. Romano. Immediately, he suggests she drop out of school and that she does not need medication. He does, however, say she needs “intense psychotherapy” 2-3 times a week for upwards of three years.

READ THIS NEXT  The Boy and The Lake by Adam Pelzman

Desperate for any possibility of feeling normal again, Carrie and her family are in support of Romano’s treatment plan.

Under the premise of telling Carrie she needs to “individualize” herself from her family, he starts slowly isolating her from her parents. He starts inviting her to places under the disguise of “field trips” while “accidentally” grabbing her head and so on.

This soon escalates into much more. Carrie feels like all these things are wrong but she trusts that her doctor is a professional and has her best interest at heart and all she wants more than anything is to feel “normal” so she goes along with this.  Additionally, she is afraid of upsetting him.

After her treatment with Dr. Romano is complete, they are still in this unethical relationship that she never wanted to begin with, but at least he had pretended to care for her well-being. Now without his “therapist hat” on, as he calls it, he has no interest in helping her in any way.

As part of her graduate studies requirement (she did return to school, yay!), she must see a therapist on a regular basis. It is through her doctoral studies and her new therapy sessions, that she begins to realize just how much she was manipulated by Dr. Romano.

At the reality of the situation, Carrie attempts suicide twice in a three-week period and eventually willingly goes to a psychiatric hospital

Ishee’s bravery and willingness to open up. As someone who suffers from mental illness and has been abused, neither one of these things is easy to be out in the open with. I commend Carrie for her bravery on both accounts.

Comparisons of Persephone from Greek mythology. This was an unexpected tidbit that I really enjoyed – although I feel a bit weird using the word enjoyed here. Nevertheless, the comparisons that Ishee draws are profound and eerily on point. If you don’t know the story already, don’t worry — she includes plenty of context.

READ THIS NEXT  Living Off the Land: My Cornish Smallholding Dream by Lorraine Turnbull

Carrie’s ability to illustrate how this is possible. As I mentioned, it may be hard to believe you’d ever be in her shoes. But, Carrie does have the ability to show how possible it really is. She never even loved Dr. Romano but somehow was still in a three-year relationship with him. Abusers are amazing at using your weaknesses against you, gaslighting you, and keeping you dependent on them. Perhaps, part of this is due to her being a behavioral therapist but I argue that a lot of it is just good storytelling.

The fact that a book like this even has to exist. Clearly nothing against the book or the author, but it enrages me that things like this even happen to inspire a book. However, since they do, I’m happy that they are written to get more attention.

I skipped the library, went home, flipped through my copy of Sylvia Plath’s Collected Poems, and found what I was looking for:

“Daddy,” one of my favorites. I read it as I gulped down aspirin and sleeping pills: At twenty I tried to die And get back, back, back to you. I thought even the bones would do. But they pulled me out of the sack, And they stuck me together with glue

Seriously? I just tried to kill myself, and now I have a meeting with Dr. Coffin?

This psychologist-in-training was being shipped off to the asylum. I couldn’t believe it—only I totally could.

Join me on Goodreads!
See my favorite books on Bookshop and Amazon.
See more posts on plants, books, or coffee.
sdsdadad
sdsdada 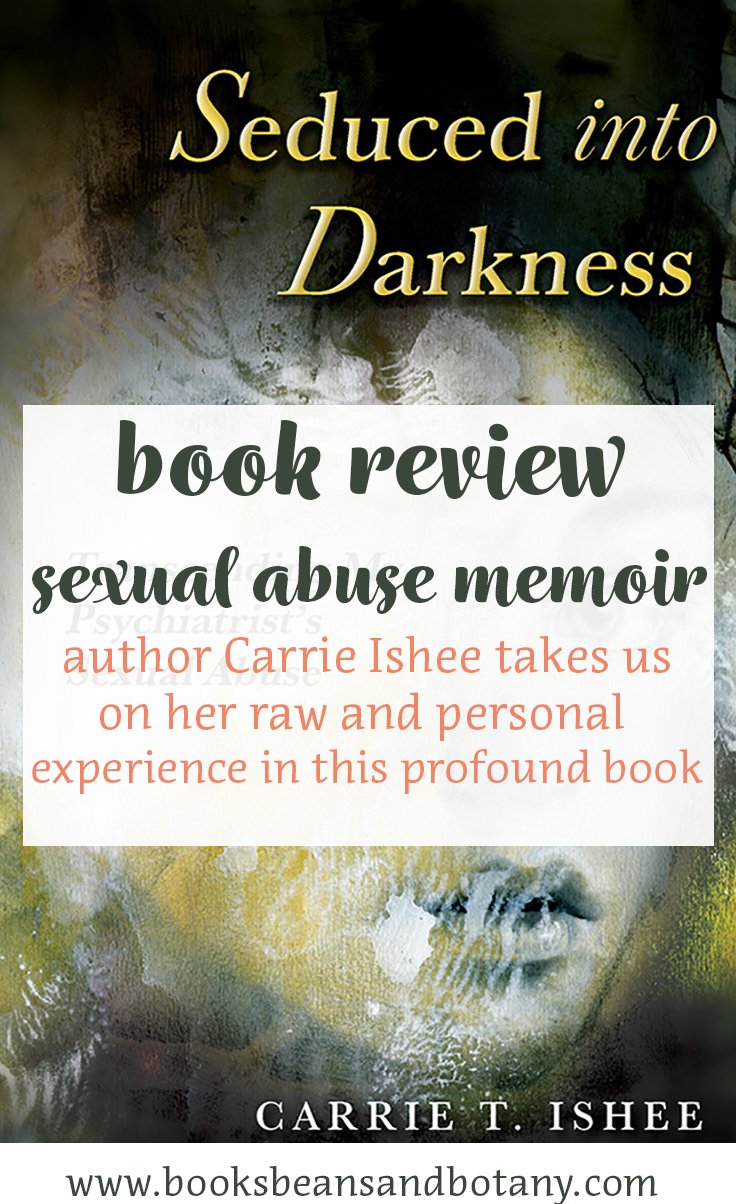 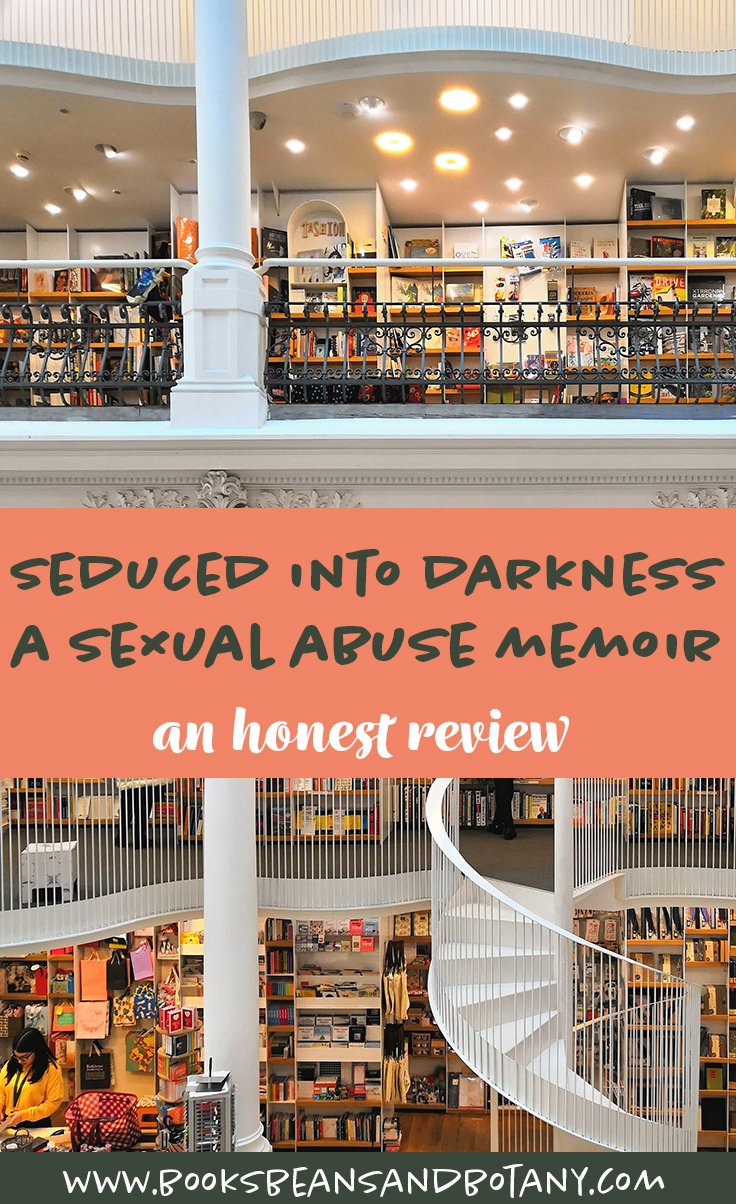 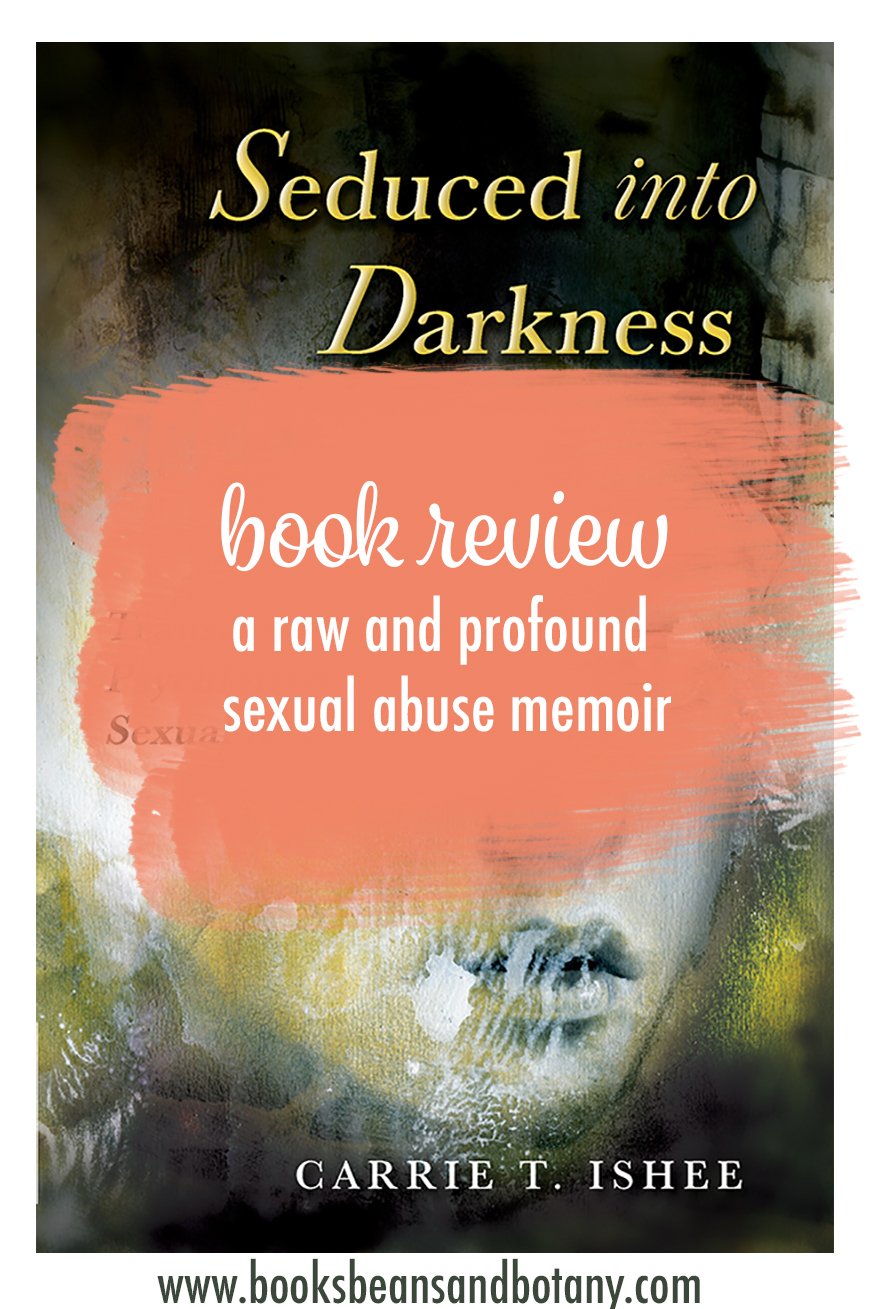 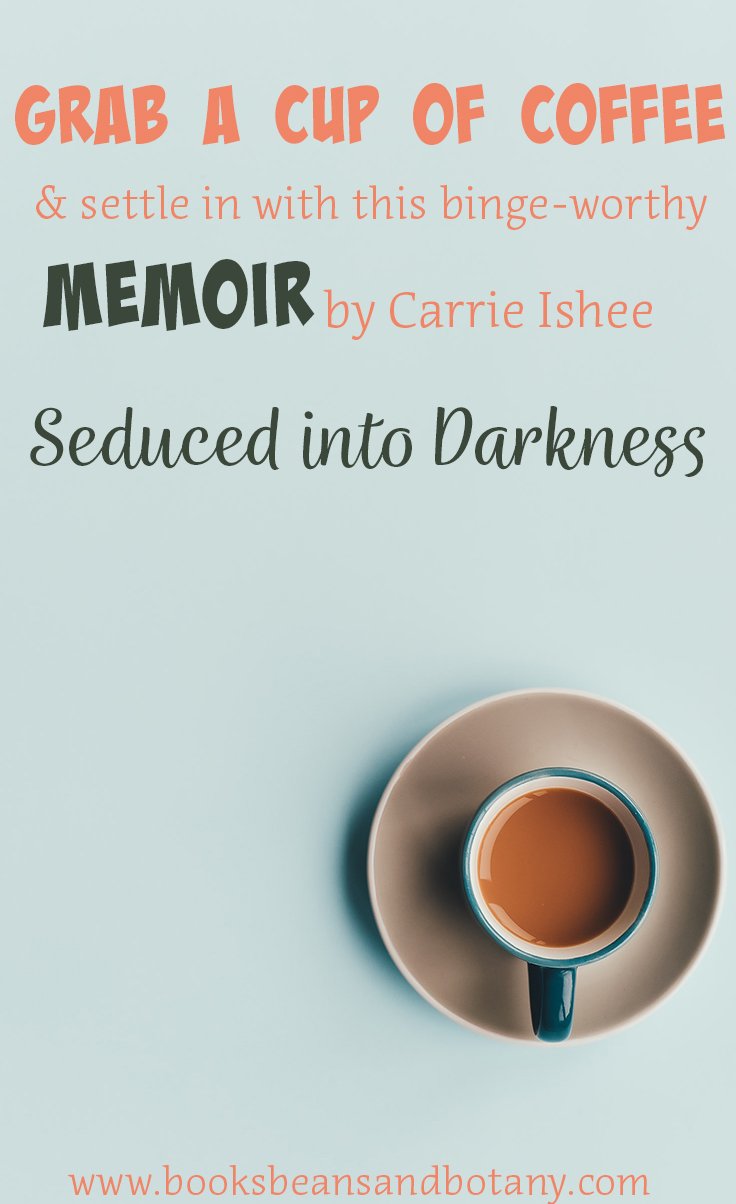 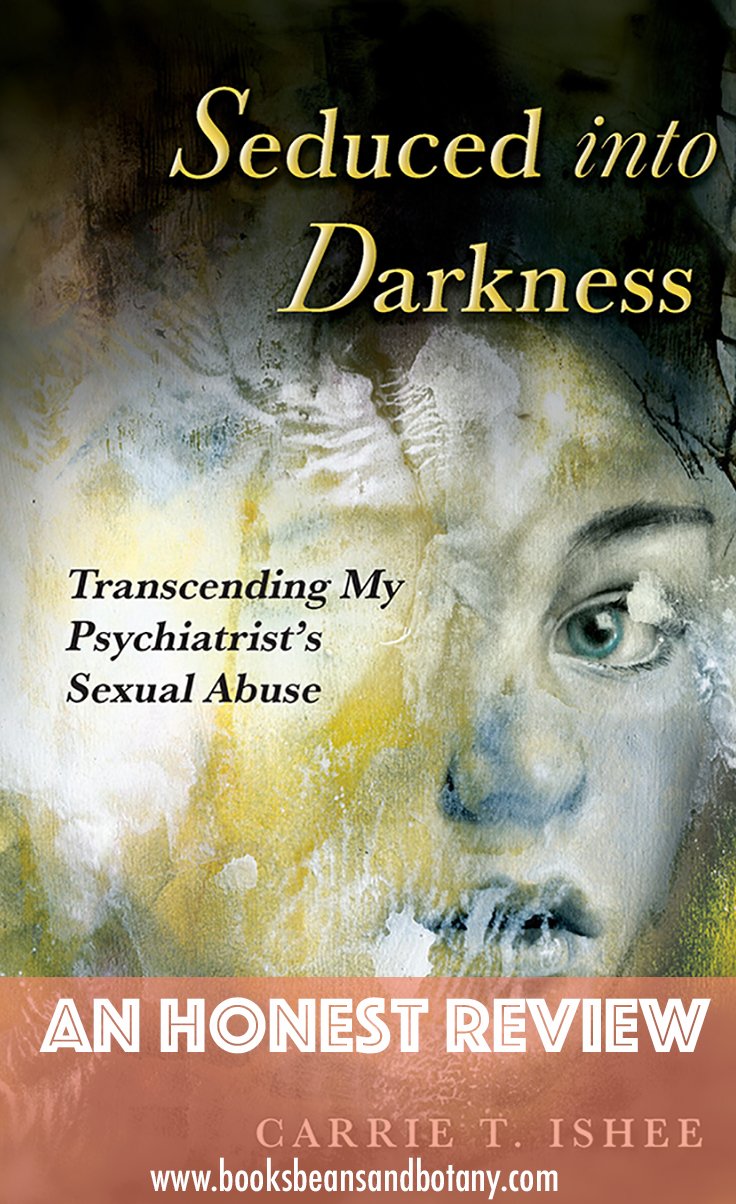