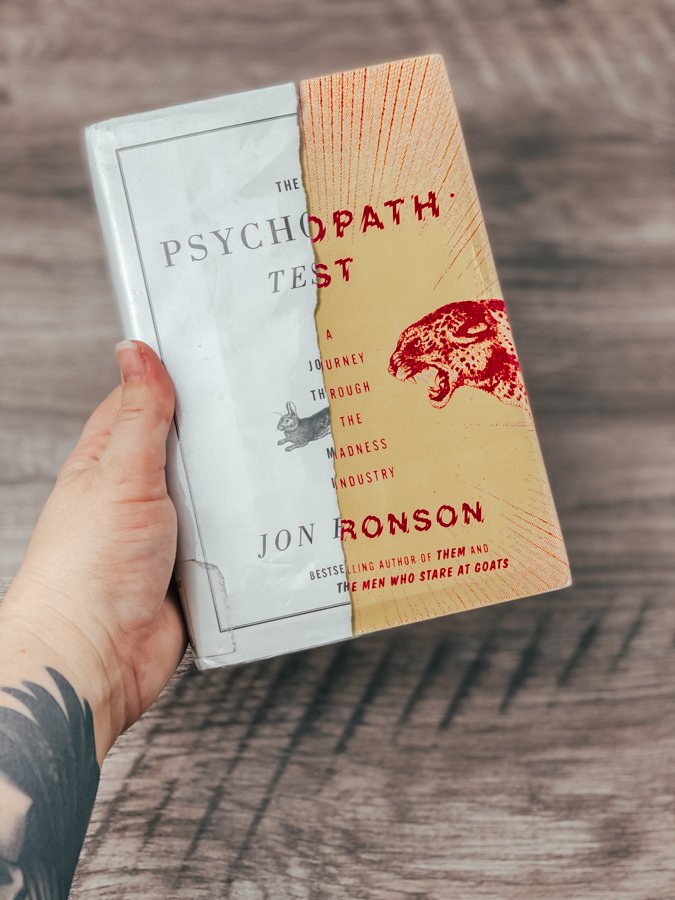 The Psychopath Test book review is here for you! A look at Jon Ronson’s journey through the madness industry – truly fascinating nonfiction!

The Psychopath Test: A Journey through the Madness Industry

I’ve always been fascinated by the human mind. My degree is in Psychology [I’ve never used it professionally] and my favorite classes were abnormal psychology and any of the ones that discussed why humans do things that hurt others.

So, naturally, when I saw a book that was called The Psychopath Test, I knew I had to check it out.

“This is a story about madness.”

In this madcap journey, a bestselling journalist investigates psychopaths and the industry of doctors, scientists, and everyone else who studies them.

The Psychopath Test is a fascinating journey through the minds of madness. Jon Ronson’s exploration of a potential hoax being played on the world’s top neurologists takes him, unexpectedly, into the heart of the madness industry. An influential psychologist who is convinced that many important CEOs and politicians are, in fact, psychopaths teaches Ronson how to spot these high-flying individuals by looking out for little telltale verbal and nonverbal clues. And so Ronson, armed with his new psychopath-spotting abilities, enters the corridors of power. He spends time with a death-squad leader institutionalized for mortgage fraud in Coxsackie, New York; a legendary CEO whose psychopathy has been speculated about in the press; and a patient in an asylum for the criminally insane who insists he’s sane and certainly not a psychopath.

READ THIS NEXT  The Life She Told by Catherine Yaffe

Ronson not only solves the mystery of the hoax but also discovers, disturbingly, that sometimes the personalities at the helm of the madness industry are, with their drives and obsessions, as mad in their own way as those they study. And that relatively ordinary people are, more and more, defined by their maddest edges.

I’ll start by saying that if you’re looking for a book about psychopathy or why people are psychopaths, this isn’t the book for you. This isn’t really a science-based book.

It’s more Ronson’s firsthand account of his meetings with professionals, possible/actual psychopaths, and others.

Ronson’s awkwardness and anxious tendencies. As someone with anxiety and who is definitely awkward, I loved all his little quirky anxious habits throughout the book.

The multiple points of view. A journalist by nature, Ronson definitely went on a hunt for answers through the madness industry, interviewing a variety of psychologists, psychiatrists, researchers, and even conspiracy theorists. He also talked to Scientologists, who are famously anti-psychiatry.

Ronson’s willingness to question the validity of psychiatry. While I’m pro-psychiatry, I do agree that there is a tendency to overdiagnose and misdiagnose. Ronson ends up getting into this pretty deeply and discussing why the DSM and Hare’s Psychopath Checklist can be dangerous tools.

While they can both be right, they should not be seen as the end-all answer to everything.

By the way, if you’re curious, here is Hare’s 20-point psychopath checklist.

Each of the twenty items is given a score of 0, 1, or 2 based on how well it applies to the subject being tested. A prototypical psychopath would receive a maximum score of 40, while someone with absolutely no psychopathic traits or tendencies would receive a score of zero. A score of 30 or above qualifies a person for a diagnosis of psychopathy.

“There is no evidence that we’ve been placed on this planet to be especially happy or especially normal. And in fact our unhappiness and our strangeness, our anxieties and compulsions, those least fashionable aspects of our personalities, are quite often what lead us to do rather interesting things.”

“‎I have panicked unnecessarily in all four corners of the globe.”

“I wondered if sometimes the difference between a psychopath in Broadmoor and a psychopath on Wall Street was the luck of being born into a stable, rich family.”

“There are obviously a lot of very ill people out there. But there are also people in the middle, getting overlabeled, becoming nothing more than a big splurge of madness in the minds of the people who benefit from it.”

Join me on Goodreads!
See my favorite books on Bookshop and Amazon.
See more posts on plants, books, or coffee.
sdsdadad
sdsdadad 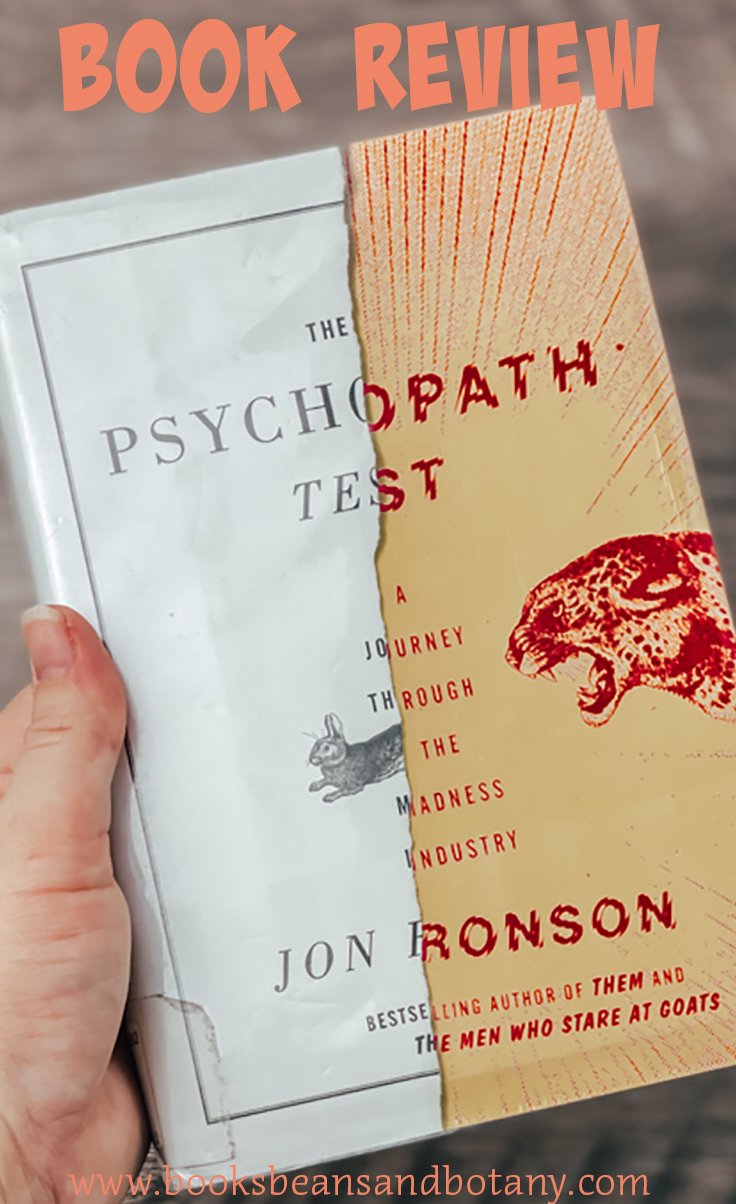 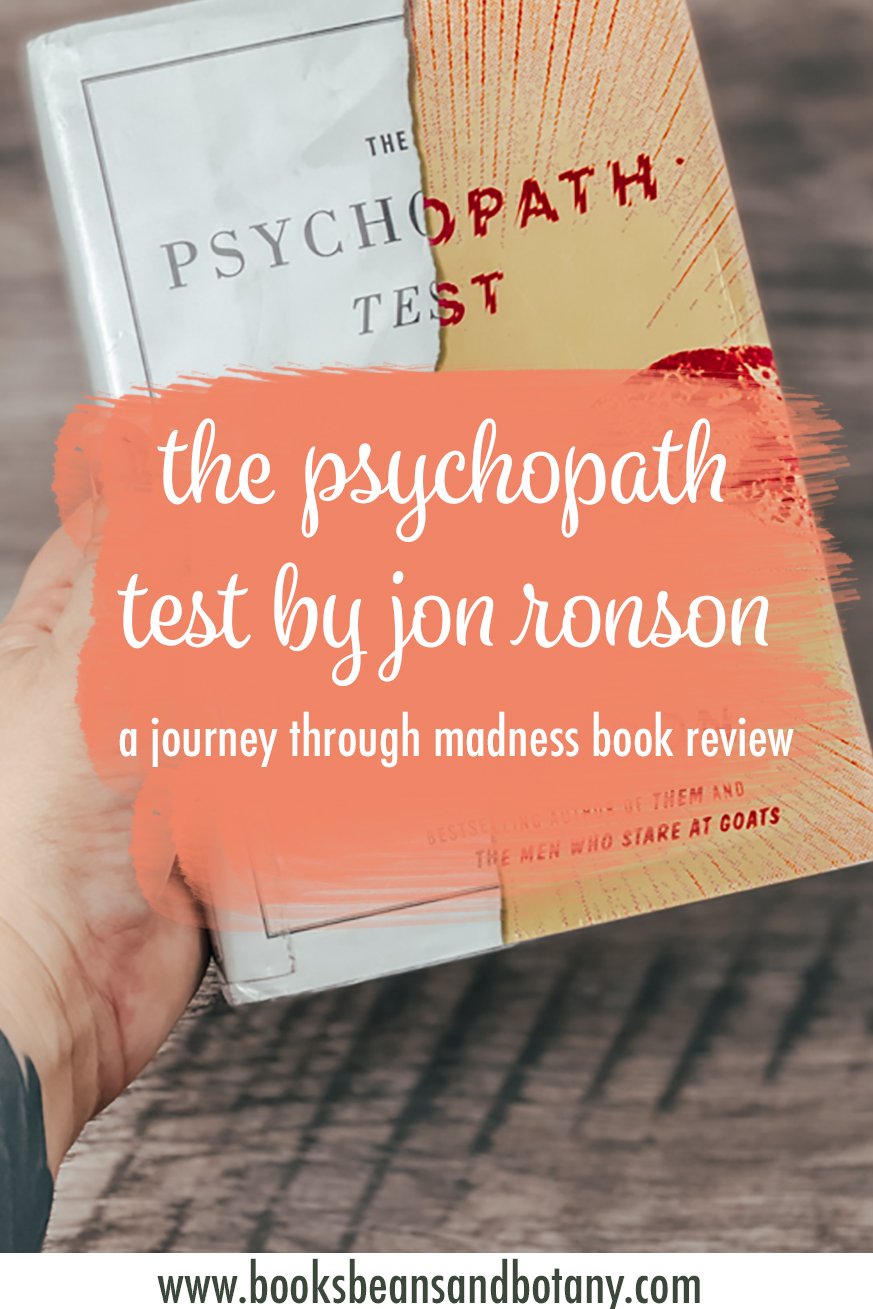 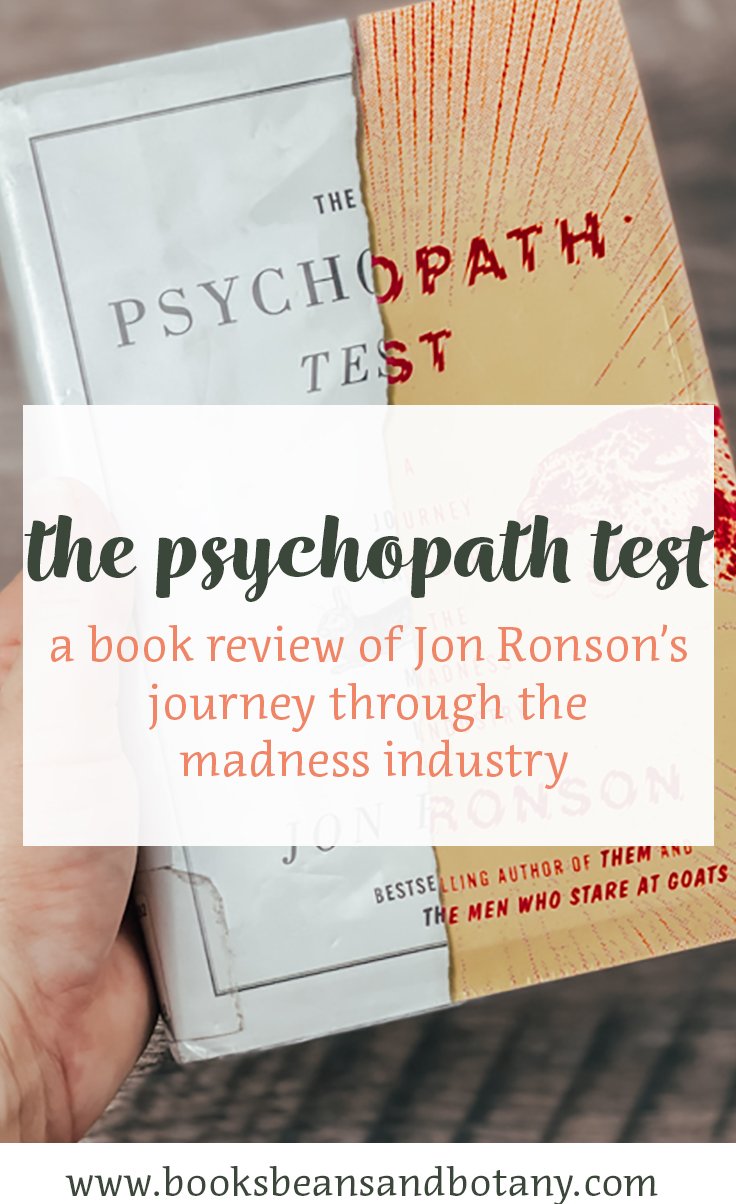 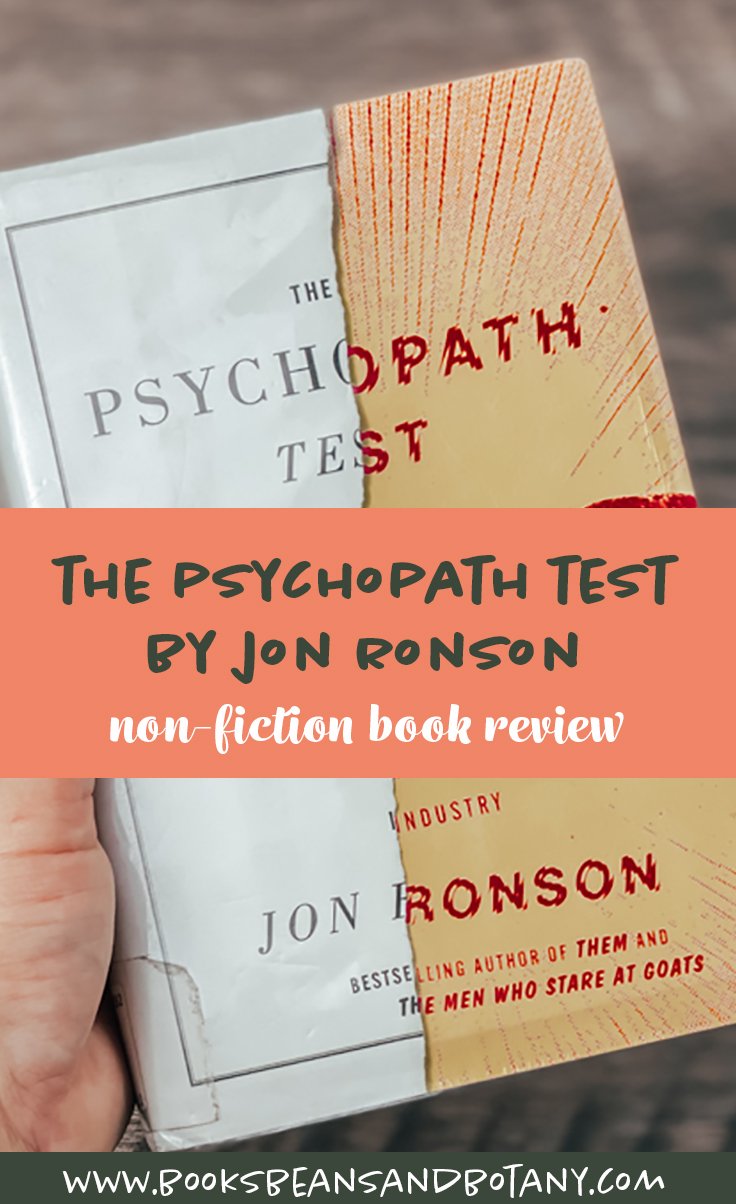 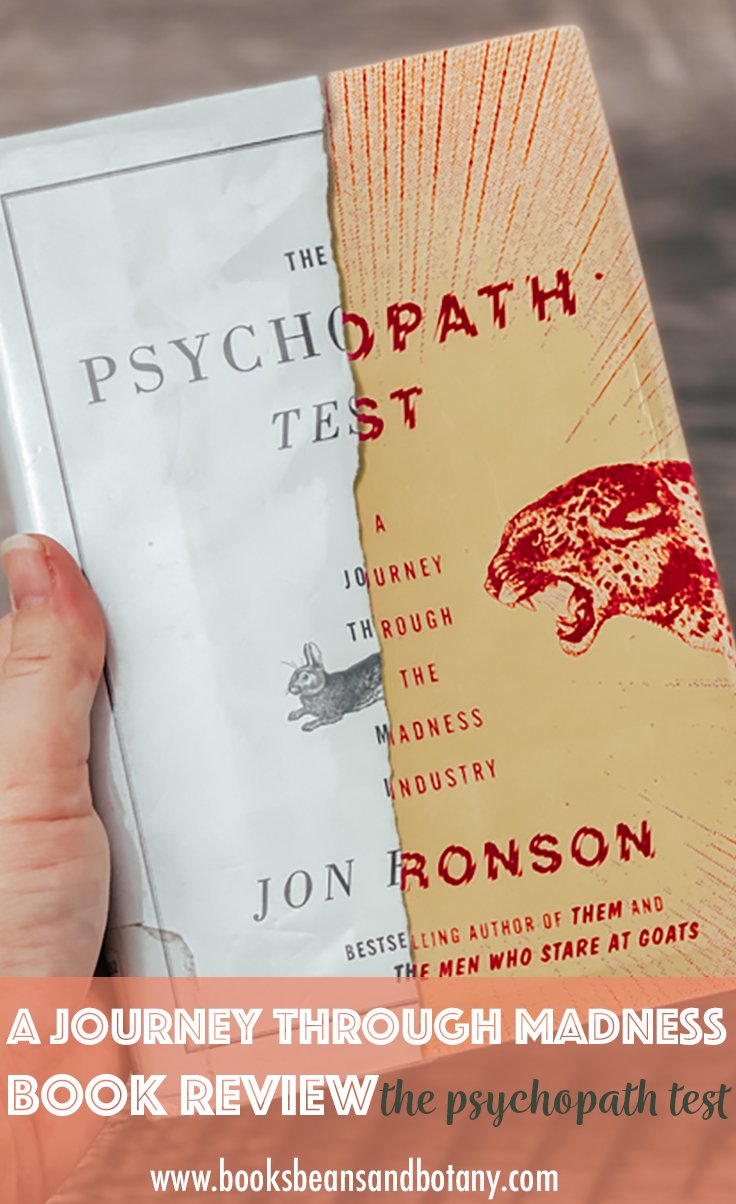