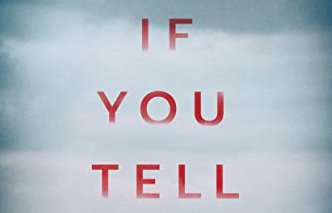 If You Tell: A True Story of Murder, Family Secrets, and the Unbreakable Bond of Sisterhood

After more than a decade, when sisters Nikki, Sami, and Tori Knotek hear the word mom, it claws like an eagle’s talons, triggering memories that have been their secret since childhood. Until now.

For years, behind the closed doors of their farmhouse in Raymond, Washington, their sadistic mother, Shelly, subjected her girls to unimaginable abuse, degradation, torture, and psychic terrors. Through it all, Nikki, Sami, and Tori developed a defiant bond that made them far less vulnerable than Shelly imagined. Even as others were drawn into their mother’s dark and perverse web, the sisters found the strength and courage to escape an escalating nightmare that culminated in multiple murders.

#1 New York Times and Amazon Charts bestselling author Gregg Olsen has written more than thirty books, including Lying Next to Me, The Last Thing She Ever Did, and two novels in the Nicole Foster series, The Sound of Rain and The Weight of Silence. Known for his ability to create vivid and fascinating narratives, he’s appeared on multiple television and radio shows and news networks, such as Good Morning America, Dateline, Entertainment Tonight, CNN, and MSNBC. In addition, Olsen has been featured in Redbook, People, and Salon magazine, as well as in the Seattle Times, Los Angeles Times, and New York Post. Both his fiction and nonfiction works have received critical acclaim and numerous awards, including prominence on the USA Today and Wall Street Journal bestseller lists. Washington State officially selected his young adult novel Envy for the National Book Festival, and The Deep Dark was named Idaho Book of the Year.

A Seattle native who lives with his wife in rural Washington State, Olsen’s already at work on his next thriller.

If You Tell by Gregg Olsen is everything that I both love and am horrified by when it comes to true crime. I knew it was going to bad, but every page I kept thinking, there’s no way this gets worse, but it did. It just kept getting worse and worse.

Full-disclosure, I really love true crime. I basically live and breathe it so this book ranks high for me, but for others, it may not for obvious reasons.

Many of the reviews I read that were negative, said the writing was terrible. However, I never felt that way. I think Olsen set out to tell the girls’ story and that’s what he did.

Also, ANYONE that ever talks negatively about the daughters and their reactions or non-reactions, are literal uneducated jerks. As someone who has been abused, it is way easier than one can imagine to be gaslighted and brainwashed. And, my abuser was like 10% of how terrible Shelly was so I can’t imagine how terrified they were to tell anyone or defy her in any way.

As for the husband, I don’t have as much sympathy. I do have sympathy in the sense that he was also abused, gaslighted, and manipulated, but I still believe he understood what he was doing was wrong.

I do think Olsen did a great job of showing this common abuser-abusee dynamic.

“No one can help a troubled person who doesn’t think they need it.”

“I loved my mother because I didn’t know I had a choice. I had to love her.”

“Victims of abuse can still love the monster. This ambivalent loyalty might just be the predator’s ultimate form of damage.”