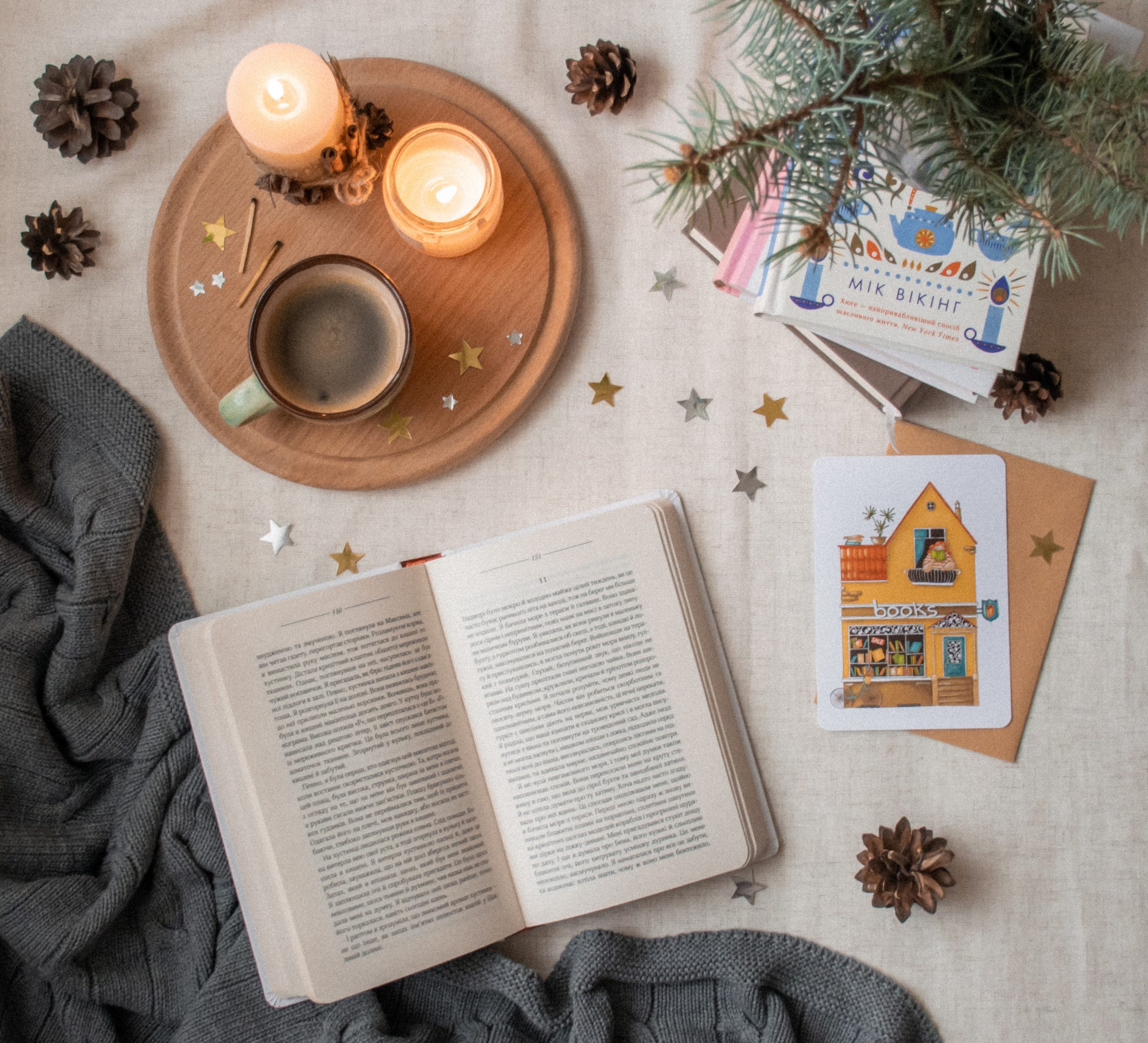 My first post on my new blog! I’ll do these monthly from here on out, but for this one, I’m going to do a recap of the books I read in the first quarter of 2020.

A few details first before we get into the books!

I am technically behind schedule, but I’m not worried. I’ve been reading really long books so they’re taking me a while.

And behind or not, I’ve already read 16 books this year which is pretty damn good if you ask me.

Dead to the World (Sookie Stackhouse #4) by Charlaine Harris – Slowly re-reading my way through the True Blood books again. I’ll think I’m going to take a break after this one to read some other books on my to-read list.

A Discovery of Witches (All Souls Trilogy, #1) by Deborah Harkness – Not sure how to feel about this book, to be honest. It felt very Twilight-esque. The main male character was controlling and Diana, the main female character, seemed pretty cool in the beginning but never really developed or lived up to her potential. She’s a historian, a witch, and an athlete but yet didn’t really do anything exciting at all.

I also don’t feel like there was a ton of storyline for a 600-page book. Just seemed like a really drawn out romance novel that never lived up to the potential story [which had a lot of potential]. I actually listened to the audiobook and I will say I was really impressed with the narrator.

The Man Who Spoke Snakish by Andrus Kivirähk – This was a slow burn but once it picked up, I didn’t want to stop reading. I don’t know much about Estonian lore but now I’m highly intrigued to learn more.

Crush It!: Why Now Is The Time to Cash in on Your Passion by Gary Vaynerchuck – I’m already a fan of Gary Vee. I love his energy so this was easy for me to read in his energizing voice. However, as someone who already has an established blog, it didn’t really help me with any “ah-ha” moments. Still was a quick, easy read that gave me a bit more motivation. I wouldn’t count on this book to lead you to your epiphany moment – unless you’re literally starting at the ground level.

READ THIS NEXT  Dog Flowers: A memoir by Danielle Geller

Wild by Nature: One Woman, One Trek, One Thousand Nights by Sarah Marquis – I’m starting out by saying that I have extreme respect for the journey that Sarah went on – it couldn’t have been easy and it definitely took courage.

As a vegan, I loved her views towards animals [and by looking at her current Instagram, it seems she’s moved from vegetarian to vegan which I was hoping for based on her comments]. I also liked the fact that she was opposed to taking photos of people felt it felt disrespectful.

HOWEVER – it was extremely cringeworthy how blatantly racist and xenophobic she is. I literally don’t think she said a single nice thing about anyone she met [aside from maybe one or two] until she got to Australia.

“I breathe deeply; I’m among my own people. For the first time in twenty years, I intimately understand my belongings to the ethnic group known as Caucasian.”

Norse Mythology by Neil Gaiman – I already love Norse mythology, but I didn’t know much more than the basics. Gaiman is, of course, amazing and him reading the audiobook was the right choice by far. He takes all the stories and packaged them into nice little stories to make them easier to understand and digest.

If you love Norse mythology or are curious about it, definitely pick this one up. I’ll probably read it again as I occasionally get distracted with audiobooks.

The Last Dive: A Father and Son’s Fatal Descent into the Ocean’s Depths by Bernie Chowdhury – After ferociously reading Shadow Divers [make sure to read it first], I knew I needed to read this more in-depth account of their story. It’s heartbreaking but moving. Also as a fairly new diver, the level of explanations into technical diving was very helpful and interesting for me but may seem redundant to experienced technical divers. 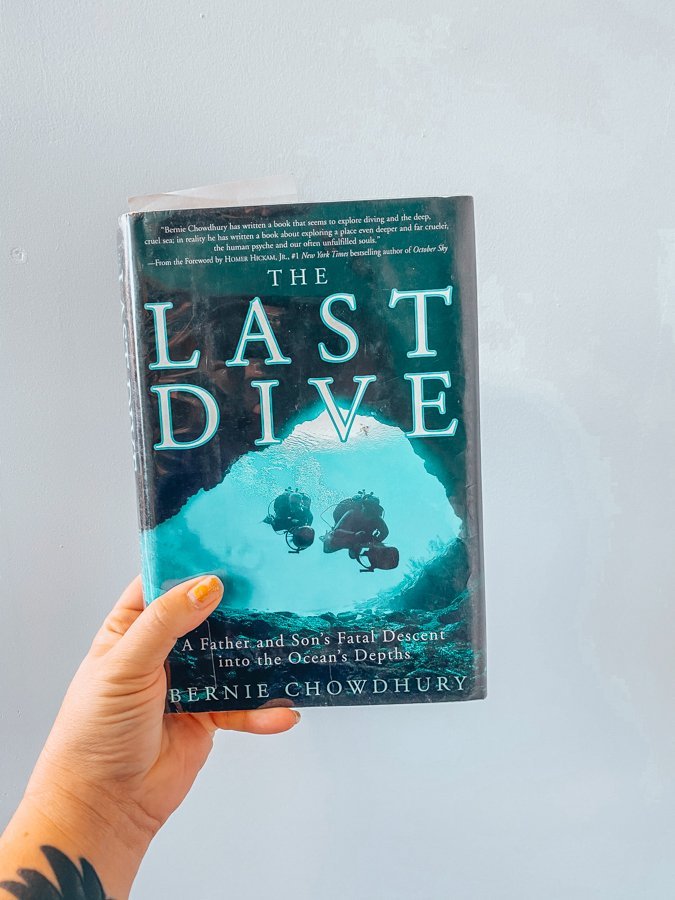 In the Water: They Can’t See You Cry: A Memoir by Amanda Beard – Unlike others, I actually didn’t know who Amanda Bear was. I forget how I found out about her and then her book but it made it’s way to my to-read pile a few months ago. Turns out, I couldn’t put it down and finished over the weekend. I saw how some people said it read more like a diary entry but that doesn’t bother me in a memoir.

As someone who suffers from depression and anxiety, I felt myself connecting with her on that level. All in all, I found it inspiring the way any Olympic athlete is inspiring but more so for her journey with mental illness and personal demons.

Becoming by Michelle Obama – What an exceptional book. Michelle is a writer but even more so – an amazing storyteller. And, I’m so glad I went with the audiobook version.

I already knew she was an incredible woman but I was able to learn a lot of things I didn’t know especially about her past and the Obamas pre-white house. Even knowing how things turn out along the way, she still has a way of keeping you on the hook.

The Vine That Ate the South by J.D. Wilkes – I’m not even entirely sure what I read but it was beautifully written and had so much southern lore that even I didn’t know about and I’m from the south and I love lore.

So unique I can’t compare it to anything else I’ve read and that’s hard to do so I applaud Wilkes for that.

Unspeakable Things by Jess Lourey  – This was very dark and lots of trigger warnings to be aware of before reading. It is told from the viewpoint of a 12,13-year-old girl which made it even more twisted. I didn’t even realize it was a true story until I finished reading.

Never Cry Wolf: The Amazing True Story of Life Among Arctic Wolves by Farley Mowat – More than a half-century ago the naturalist Farley Mowat was sent to investigate why wolves were killing arctic caribou. Mowat’s account of the summer he lived in the frozen tundra alone—studying the wolf population and developing a deep affection for the wolves (who were of no threat to caribou or man)—is today celebrated as a classic of nature writing, at once a tale of remarkable adventures and indelible record of myths and magic of wolves.

READ THIS NEXT  Lost Girl by Holly Kamier

Bears in the Streets: Three Journeys Across a Changing Russia by Lisa Dickey – Lisa Dickey traveled across the whole of Russia three times—in 1995, 2005 and 2015—making friends in eleven different cities, then coming back, again and again, to see how their lives had changed. Like the acclaimed British documentary series Seven Up!, she traces the ups and downs of ordinary people’s lives, in the process painting a deeply nuanced portrait of modern Russia.

When They Call You a Terrorist: A Black Lives Matter Memoir by Patrisse Khan-Cullors, Asha Bandele – A difficult but powerful book that everyone should have to read. If you’re interested in the origin of the BLM movement or just want to further your understanding of post-segregation slavery, then check this book out. 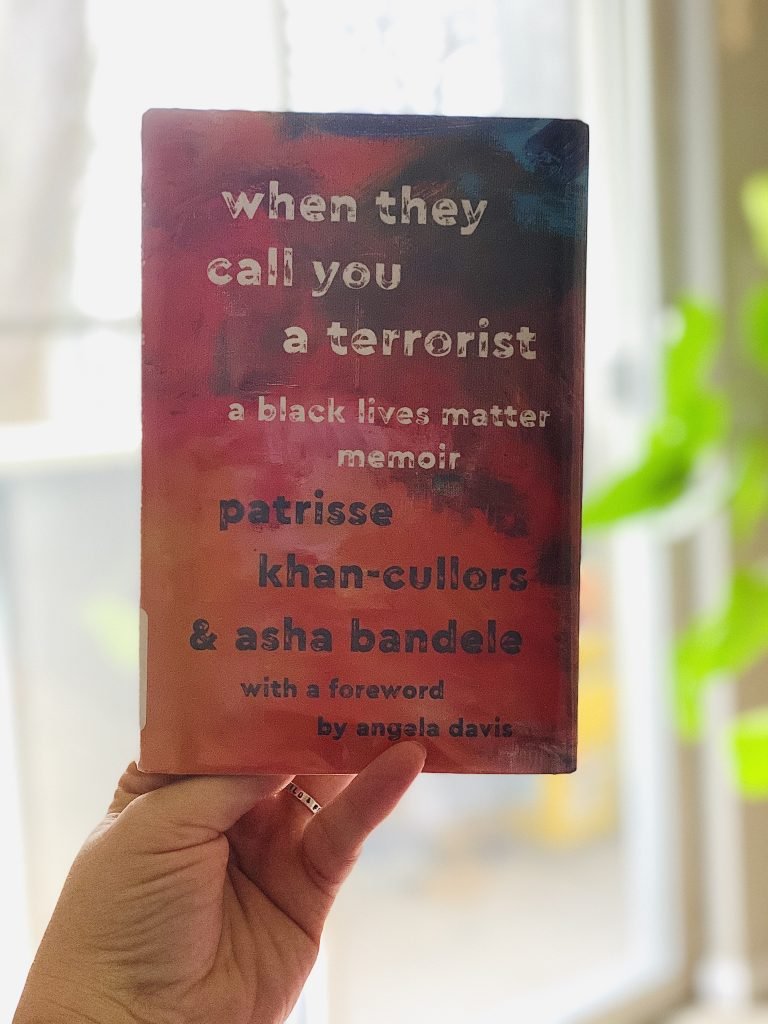 The Immortalists by Chloe Benjamin – It’s 1969 in New York City’s Lower East Side, and word has spread of the arrival of a mystical woman, a traveling psychic who claims to be able to tell anyone the day they will die. The Gold children—four adolescents on the cusp of self-awareness—sneak out to hear their fortunes. The prophecies inform their next five decades.

Working Stiff: Two Years, 262 Bodies, and the Making of a Medical Examiner by Judy Melinek, MD and T.J. Mitchell – The fearless memoir of a young forensic pathologist’s rookie season as a NYC medical examiner, and the cases, hair-raising and heartbreaking and impossibly complex, that shaped her as both a physician and a mother.

Right now, I’m reading The Stand, House of Leaves, and Dragonfly in Amber! I’m also listening to The Nightingale.