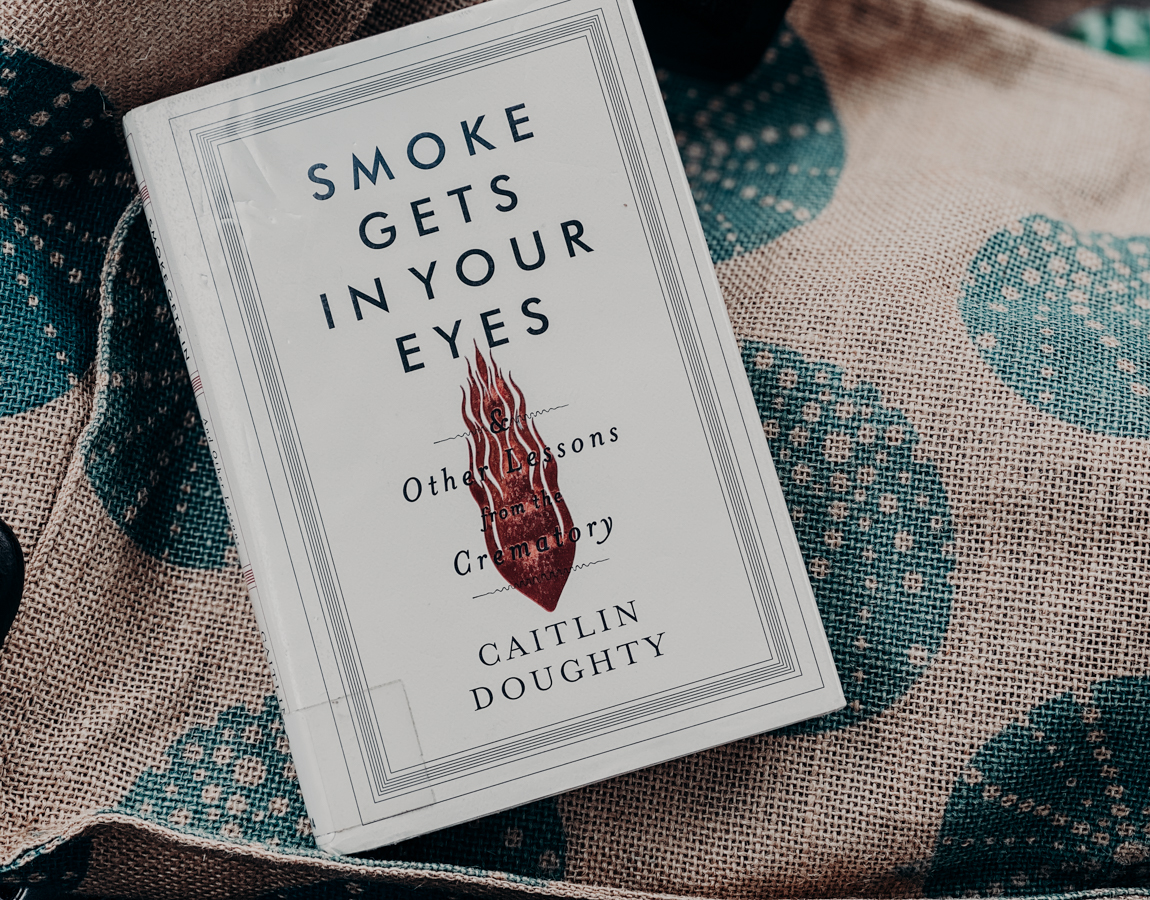 Smoke Gets in Your Eyes & Other Lessons from the Crematory

Most people want to avoid thinking about death, but Caitlin Doughty—a twenty-something with a degree in medieval history and a flair for the macabre—took a job at a crematory, turning morbid curiosity into her life’s work. Thrown into a profession of gallows humor and vivid characters (both living and very dead), Caitlin learned to navigate the secretive culture of those who care for the deceased.

Smoke Gets in Your Eyes tells an unusual coming-of-age story full of bizarre encounters and unforgettable scenes. Caring for dead bodies of every color, shape, and affliction, Caitlin soon becomes an intrepid explorer in the world of the dead. She describes how she swept ashes from the machines (and sometimes onto her clothes) and reveals the strange history of cremation and undertaking, marveling at bizarre and wonderful funeral practices from different cultures.

Her eye-opening, candid, and often hilarious story is like going on a journey with your bravest friend to the cemetery at midnight. She demystifies death, leading us behind the black curtain of her unique profession. And she answers questions you didn’t know you had: Can you catch a disease from a corpse? How many dead bodies can you fit in a Dodge van? What exactly does a flaming skull look like?

Honest and heartfelt, self-deprecating and ironic, Caitlin’s engaging style makes this otherwise taboo topic both approachable and engrossing. Now a licensed mortician with an alternative funeral practice, Caitlin argues that our fear of dying warps our culture and society, and she calls for better ways of dealing with death (and our dead).

READ THIS NEXT  This Book is Not For You: House of Leaves Review

Caitlin Doughty is a mortician and the author of Will My Cat Eat My Eyeballs? as well as the New York Times best-selling books Smoke Gets in Your Eyes and From Here to Eternity. She is the creator of the “Ask a Mortician” web series and founder of The Order of the Good Death. She lives in Los Angeles, where she owns and runs a funeral home.

Other titles by Caitlin Doughty: Will My Cat Eat My Eyeballs? and From Here to Eternity.

“No matter how many heavy-metal album covers you’ve seen, how many Hieronymus Bosch prints of the tortures of Hell, or even the scene in Indiana Jones where the Nazi’s face melts off, you cannot be prepared to view a body being cremated. Seeing a flaming human skull is intense beyond your wildest flights of imagination.“

Well, I finally caught up on Doughty’s books and now I’m sad that I have no more to read.

Smoke Gets in Your Eyes was actually Doughty’s first book, but I happened to read her books in descending publication order. I’m delighted to say her humor and writing style stood the test of time. I don’t know if I’ve been as moved and humored as I have when reading anyone else’s writing.

And I, of course, loved learning so many interesting things about death in general and crematories specifically.

We have put the dead beneath. Not just underground, but under the tops of fake hospital stretchers, within the bellies of our aircraft, and in the recesses of our consciousness.

Sifting through an urn of cremated remains you cannot tell if a person had successes, failures, grandchildren, felonies.

Making the choice to be naturally buried says, “Not only am I aware that I’m a helpless, fragmented mass of organic matter, I celebrate it. Vive la decay!”

It is no surprise that the people trying so frantically to extend our lifespans are almost entirely rich, white men. Men who have lived lives of systematic privilege, and believe that privilege should extend indefinitely.