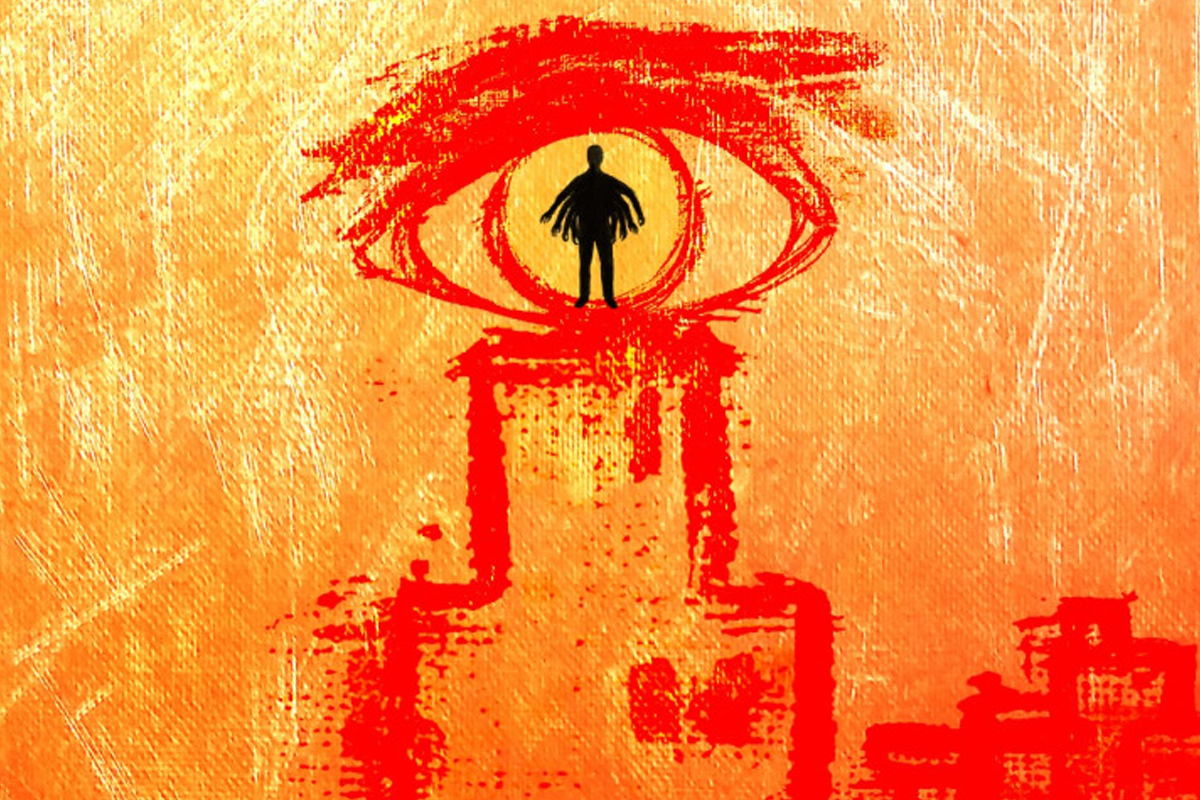 I received a copy of Orange City in exchange for my honest review. All opinions are, of course, my own.
I’d like to thank Blackthorn Book Tours for including me on this tour.

Imagine a secret, hidden city that gives a second chance at life for those selected to come: felons, deformed outcasts, those on the fringe of the Outside World. Everyone gets a job, a place to live; but you are bound to the city forever. You can never leave.

Its citizens are ruled by a monstrous figure called the “Man” who resembles a giant demented spider from the lifelike robotic limbs attached to his body. Everyone follows the man blindly, working hard to make their Promised Land stronger, too scared to defy him and be discarded to the Empty Zones.

After ten years as an advertising executive, Graham Weatherend receives an order to test a new client, Pow! Sodas. After one sip of the orange flavor, he becomes addicted, the sodas causing wild mood swings that finally wake him up to the prison he calls reality.

A dynamic mash-up of 1984 meets LOST, ORANGE CITY is a lurid, dystopian first book in a series that will continue with the explosive sequel LEMONWORLD.

Lee Matthew Goldberg is the author of the novels THE ANCESTOR, THE MENTOR, THE DESIRE CARD and SLOW DOWN. He has been published in multiple languages and nominated for the Prix du Polar. His first YA series RUNAWAY TRAIN is forthcoming in 2021 along with a sci-fi novel ORANGE CITY. After graduating with an MFA from the New School, his writing has also appeared in The Millions, Vol. 1 Brooklyn, LitReactor, Monkeybicycle, Fiction Writers Review, Cagibi, Necessary Fiction, the anthology Dirty Boulevard, The Montreal Review, The Adirondack Review, The New Plains Review, Underwood Press and others. He is the editor-in-chief and co-founder of Fringe, dedicated to publishing fiction that’s outside-of-the-box. His pilots and screenplays have been finalists in Script Pipeline, Book Pipeline, Stage 32, We Screenplay, the New York Screenplay, Screencraft, and the Hollywood Screenplay contests. He is the co-curator of The Guerrilla Lit Reading Series and lives in New York City. Follow him at LeeMatthewGoldberg.com

Orange City by Lee Matthew Goldberg is a dystopian fiction novel with a very interesting concept. A secret city is run by ‘The Man’ and he controls and sees everything. Feeling very Randall Flagg up in here.

This isn’t just any city though. This is where criminals go to get a second chance. If chosen by The Man, you get a new identity as long as you conform and stay loyal. If not, you get sent to the zones where some very unfortunate things happen to you.

This is an absurdly unique dystopian novel. It’s a good thing I like all those things! I’m definitely intrigued for the second book of this series.