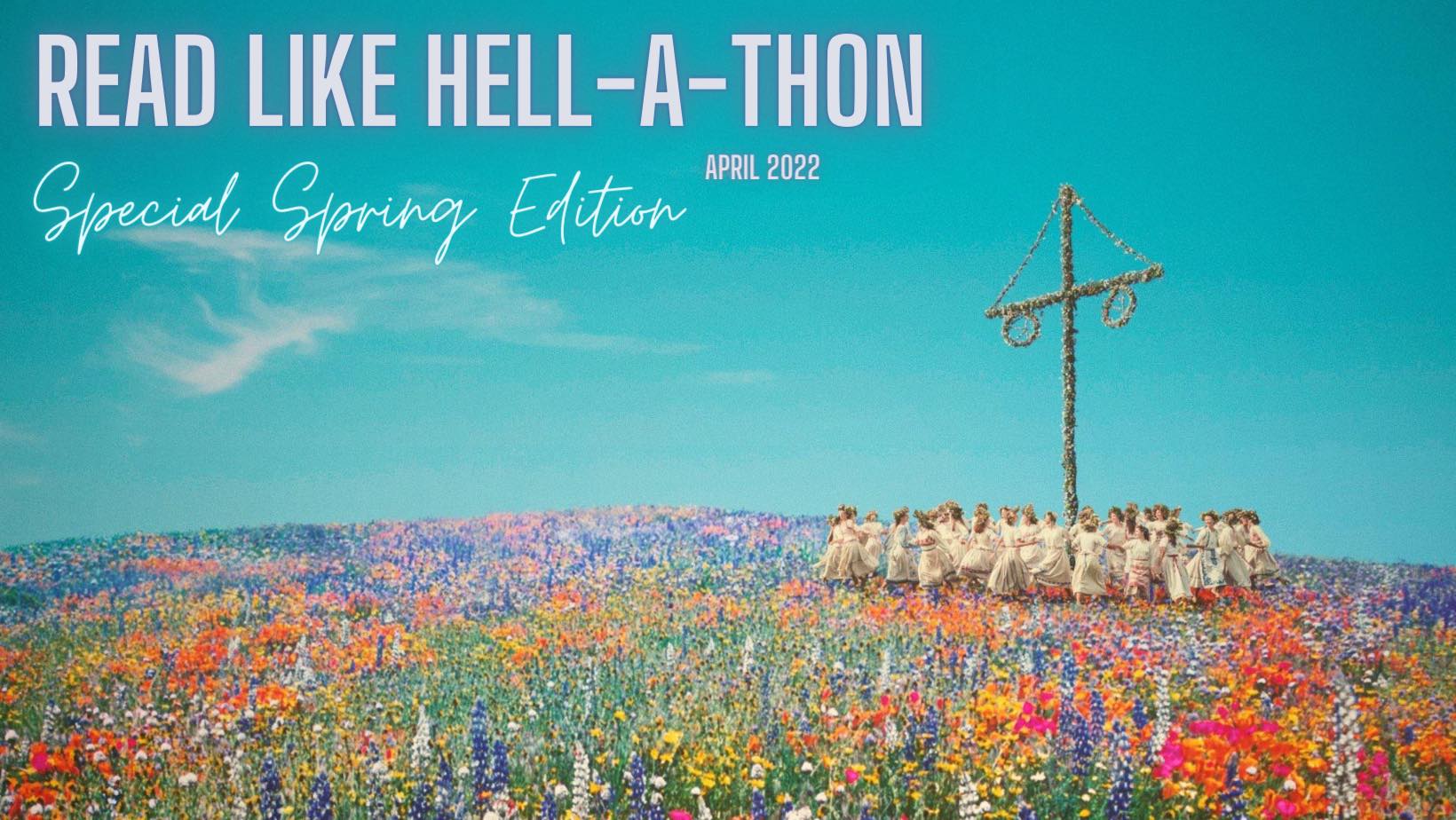 Welcome to the Special Edition of Read Like Hell-A-Thon! We’re so excited to have you join us. This read-a-thon is hosted by myself @books.beans.botany and @the.vegan.hobbit so make sure to give us a follow as well as the official Instagram for the read-a-thon – @readlikehellathon.

It’s a toned-down version of the October read-a-thon. The same concept, still horror-themed, and still loads of fun!

The only exception is the BONUS level in which you need to finish the other levels as well to achieve.

If you achieve all levels including the bonus level (8 books total), you earn the title of “Persephone.”

Check back and join our Facebook group as we’ll be posting book suggestions for each prompt, social media graphics, and more!

To achieve the “Mystical Monsters” level, read one book from each of the three characters’ prompt choices (three books total).

READ THIS NEXT  The Dream Thieves by Maggie Stiefvater

To achieve the “May King” level, read one book from each of the four characters’ prompt choices (four books total).