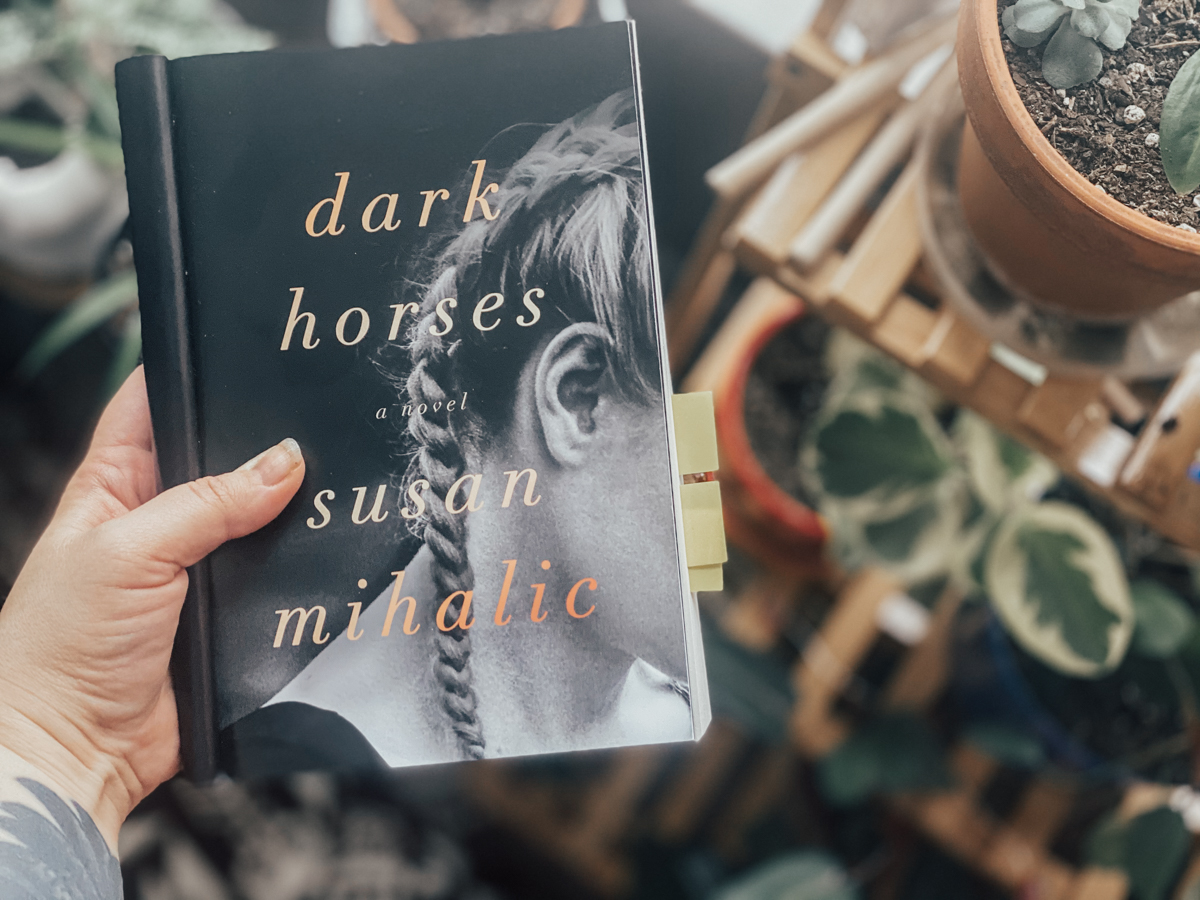 I’d like to thank Gallery Books for gifting me an ARC of Dark Horses. All opinions are, of course, my own.

A darkly gripping debut novel about a teenage girl’s fierce struggle to reclaim her life from her abusive father.

Fifteen-year-old equestrian prodigy Roan Montgomery has only ever known two worlds: inside the riding arena, and outside of it. Both, for as long as she can remember, have been ruled by her father, who demands strict obedience in all areas of her life. The warped power dynamic of coach and rider extends far beyond the stables, and Roan’s relationship with her father has long been inappropriate. She has been able to compartmentalize that dark aspect of her life, ruthlessly focusing on her ambitions as a rider heading for the Olympics, just as her father had done. However, her developing relationship with Will Howard, a boy her own age, broadens the scope of her vision.

At the intersection of a commercial page-turner and urgent survivor story, Dark Horses takes the searing themes of abuse and resilience in Gabriel Tallent’s My Absolute Darling and applies the compelling exploration of female strength in Room by Emma Donoghue. In much the same way that V.C. Andrews’s Flowers in the Attic transfixed a generation of readers, Susan Mihalic’s debut is set to a steady beat that will keep you turning the pages.

Susan Mihalic has worked as a book editor, curriculum writer, writing instructor, and freelance writer and editor. She has also taught therapeutic horseback riding. She graduated from the University of Southern Mississippi and now lives in Taos, New Mexico.

READ THIS NEXT  Tipping Point by Michelle Cook

It doesn’t take much for me to feel emotional, but it does take a lot for me to actually physically cry, and cry I did. I quite literally started this book and didn’t stop until I finished except to maybe eat and walk the dog.

This book is most definitely not for everyone and there are plenty of trigger warnings needed including child abuse, child neglect, sexual assault, rape, incest, and animal deaths. Like don’t just pick up this book because you like horses. Read the synopsis first, please.

I felt that Mihalic’s writing was so well done, the characters were both detestable and likable depending on who it is we’re talking about.

Roan Montgomery (cool name!) was born to be winner as the daughter of Olympic equestrian champion Monty Montgomery. At fifteen, she too is on the right path to make it to the Olympics. But, as to be expected, there is no time for anything else besides work and training.

Daddy takes care of everything as her manager and trainer –– her endorsements, her schedule, her training, her online presence, her interviews –– everything.

But as Roan’s path and future continues to ascend so does her family’s dark, dark secrets. Between her mother’s substance abuse tendencies and neglect/indifference toward Roan and her father’s inappropriate behavior towards her (I’m downplaying this for the sake of spoilers but trust that I don’t take it lightly), Roan has a hell of a lot to deal with.

READ THIS NEXT  Sins of Our Mothers by Nicole Souza

Unfortunately, Roan is not only an expert equestrian but also an expert compartmentalizer. Until she isn’t, until it all becomes way too much.