I received a copy of Something Worth Doing in exchange for my honest review.
All opinions are, of course, my own. I’d like to thank Revell Reads for providing me with a review copy. 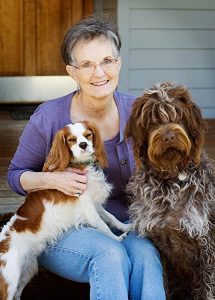 Jane is internationally recognized for her lively presentations and well-researched stories that encourage and inspire.

A New York Times Bestselling author, her works have appeared in more than 50 national publications including The Oregonian, Private Pilot and Daily Guideposts. With more than 1.5 million books in print, her 30 novels and non-fiction titles draw readers from all ages and genders. Most are historical novels based on the lives of actual historical women often about ordinary women who lived extraordinary lives. Her works have won numerous national awards including the WILLA Literary Award, the Carol Award, USABestBooks.com, Will Roger’s Medallion Award and in 1996, her first novel, A Sweetness to the Soul, won the prestigious Wrangler Award from the Western Heritage and National Cowboy Museum. Her novels have also been finalists for the Spur Award, the Oregon Book Award, the Christy, Reader’s Choice and the WILLA in both fiction and non-fiction. Several titles have been Literary Guild and Book of the Month choices and been on the bestsellers list for independent bookstores across the country, in the Pacific Northwest and the Christian Booksellers Association. Her books have been translated into German, Dutch, Finnish and Chinese.

“A spring rain pattered on the shake roof of the schoolhouse near the little settlement of Cincinnati, six miles south of Salem.”

In 1853, Abigail Scott was a 19-year-old school teacher in Oregon Territory when she married Ben Duniway. Marriage meant giving up on teaching, but Abigail always believed she was meant to be more than a good wife and mother. When financial mistakes and an injury force Ben to stop working, Abigail becomes the primary breadwinner for her growing family. What she sees as a working woman appalls her, and she devotes her life to fighting for the rights of women, including their right to vote.

Following Abigail as she bears six children, runs a millinery and a private school, helps on the farm, writes novels, gives speeches, and eventually runs a newspaper supporting women’s suffrage, Something Worth Doing explores issues that will resonate strongly with modern women: the pull between career and family, finding one’s place in the public sphere, and dealing with frustrations and prejudices women encounter when they compete in male-dominated spaces. Based on a true story of a pioneer for women’s rights from award-winning author Jane Kirkpatrick will inspire you to believe that some things are worth doing–even when the cost is great.

I’ve really gotten into historical fiction more and more and I love them even more if they’re based (even loosely) off of a real person. That’s what immediately drew me to Something Worth Doing by Jane Kirkpatrick.

It seems somehow both comforting and discomforting how far women have come in 170 years. Abigail Scott fights for women’s rights against many odds and obstacles and she’s quite influential. Upon reading this book, I realized I really don’t have a large depth of knowledge surround the suffrage movement but I definitely want to learn more now!

READ THIS NEXT  Abney Kelly & The Yuletide Shenanigans by SamiJo McQuiston

I admire Abigail, but didn’t find her highly relatable. I don’t have children myself but still didn’t understand the lack of emotion. While I really loved the historical aspect and the incredible detail, I definitely would have liked more character development or related better.

A History of Wild Places by Shea Ernshaw