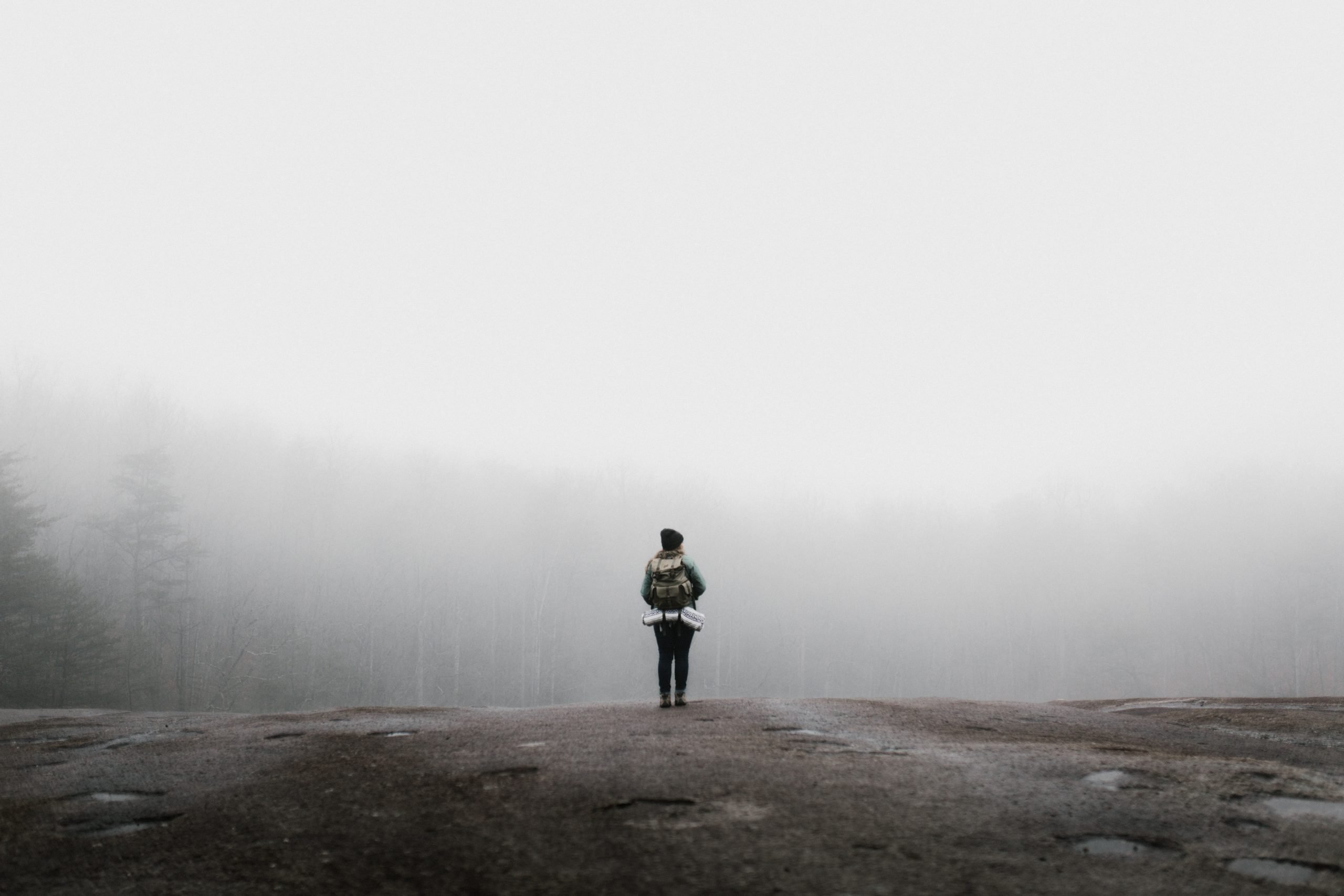 Heard about people go missing in the wild? Probably, but did you know there’s really no real record kept?

I received an advanced copy of The Cold Vanish book from Net Galley in exchange for my honest review. All opinions are, of course, my own.

The Cold Vanish: Seeking the Missing in North America’s Wildlands

I’ve always been fascinated by true crime and missing person stories so when I noticed this brand new book coming out all about the mysterious disappearances of people in North America’s wildlands, I knew I had to read it!

“You dream about missing persons, even though the nightmares don’t belong to you.”

These are the stories that defy conventional logic. The proverbial vanished without a trace incidences, which happen a lot more (and a lot closer to your backyard) than almost anyone thinks. These are the missing whose situations are the hardest on loved ones left behind. The cases that are an embarrassment for park superintendents, rangers and law enforcement charged with Search & Rescue. The ones that baffle the volunteers who comb the mountains, woods, and badlands. The stories that should give you pause every time you venture outdoors.

Through Jacob Gray’s disappearance in Olympic National Park and his father Randy Gray who left his life to search for him, we will learn about what happens when someone goes missing. Braided around the core will be the stories of the characters who fill the vacuum created by a vanished human being. We’ll meet eccentric bloodhound-handler Duff and R.C., his flagship purebred, who began trailing with the family dog after his brother vanished in the San Gabriel Mountains. And there’s Michael Neiger North America’s foremost backcountry Search & Rescue expert and self-described “bushman” obsessed with missing persons. And top researcher of persons missing on public wildlands Ex-San Jose, California detective David Paulides who is also one of the world’s foremost Bigfoot researchers.

READ THIS NEXT  An April Read A Thon – Special Edition of the Read Like Hell-A-Thon!

It’s a tricky thing to write about missing persons because the story is the absence of someone. A void. The person at the heart of the story is thinner than a smoke ring, invisible as someone else’s memory. The bones you dig up are most often metaphorical. While much of the book will embrace memory and faulty memory — history — The Cold Vanish is at its core a story of now and tomorrow. Someone will vanish in the wild tomorrow. These are the people who will go looking.

What a heartbreaking but amazing book about the stories of those who go missing in North America’s wildlands. Most of which are never found, some that are [rarely] found alive, and some that are found not alive, but at least allows for some closure.

The book is set up in a unique way in which the entire book circles back to Jacob Gray’s disappearance throughout. Billman becomes close friends with Randy Gray through his time spent getting to know him and his son’s story and disappearance in Olympic National Park. We really get to learn about Jacob, Randy, and the rest of the Gray family and a close look at what it’s like for someone who is searching for their missing family.

At the same time, Billman weaves in smaller stories and anecdotes throughout about countless missing people and the people who search for them.

We learn a bit about some of the most eccentric and far-fetched theories such as Bigfoot, aliens, and portals to other worlds. How else do you explain when someone quite literally vanishes?

We hear from psychics who contact families’ of the missing all the time – some welcome this and some don’t.

This was fascinating and Billman tells these stories with respect and with an obvious personal connection and care.

READ THIS NEXT  I Am Not Your Perfect Mexican Daughter by Erika L. Sánchez

The stories. Of course the stories. As someone who couldn’t function without the outdoors [and wouldn’t stop going into them] the idea that people go missing all the time and there’s no real tracking system is quite terrifying, to be honest.

The larger story of Jacob Gray intermingled with the smaller stories of others. I imagine the reasoning behind this is because Billman had more material and access to Gray’s story, but it really gave the book an overall arch.

Billman touches on the Native American missing person problem. Not many people may be aware of the large disproportionate number of Native Americans that go missing, especially women, and there is no one tracking it. I really appreciated that Billman brought this up in the book as well as its importance.

I didn’t really dislike anything about the book, but if I have to pick something, it would be:

More depth for some stories. Billman would mention stories along the way of missing people and I then wanted more information. I understand the way the book is written though and that wasn’t necessarily the focus of the book and if you gave more details for each story, you’d have a neverending book. I’ll definitely be doing some research on my own though.

“The disappearance of Jacob Gray in the wild represents one of hundreds–thousands–of persons who have vanished in remote places. Trying to find them often leads to a clusterfuck, and we don’t even know how many of the vanished are out there. There are more every day.”

“Because the federal government doesn’t keep track of missing persons on public land, and because there are likely missing persons that no one knows are in the park, there could be more – maybe significantly more.”

“‘If you’re gonna murder somebody, do it in Olympic National Park because no one’s gonna find you,’ Tanya Barber says. ‘It’s harder than a needle in a haystack.'”

“It’s as if she ventured inside a quantum physics problem of her own; perhaps stepped through a portal to another dimension, then hiked back through.”

“Hell’s Angels. Aliens from space. Russian mafia. Portals to other dimensions. Sex traffickers. Moonies. Body-part merchants. Aliens from the hollow earth. String theory. Satanic cults. They’re as unlikely as Sasquatch, yet they’re all  Randy’s ‘possible impossibilities.’ ‘I’ve looked from basic to extreme,’ he says. ‘I knew the stepdaughter of Jim Jones. She didn’t go to Africa.’ We talk about David Koresh and the draw of cults.”

“The National Institute of Justice, the research arm of the Department of Justice, calls missing persons (and unidentified remains) ‘the nation’s silent mass disaster.'”

“The map looks like a game of pin the tail on the donky at an ampetamine-fueled birthday party.”

“Vortices are one of the most prominent paranormal explanations for missing persons in the wild. Some Native Americans talk about similar things, and the ancient pagan Celts told of ‘thin places,’ a lapland between heaven and earth.”

“Life is not separate from death. It only looks that way.” – Blackfoot proverb

“‘I’ve hiked more miles in the last two years than the rest of my entire life,’ Randy said. ‘It’s a sad hike. But it’s a beautiful one.'” 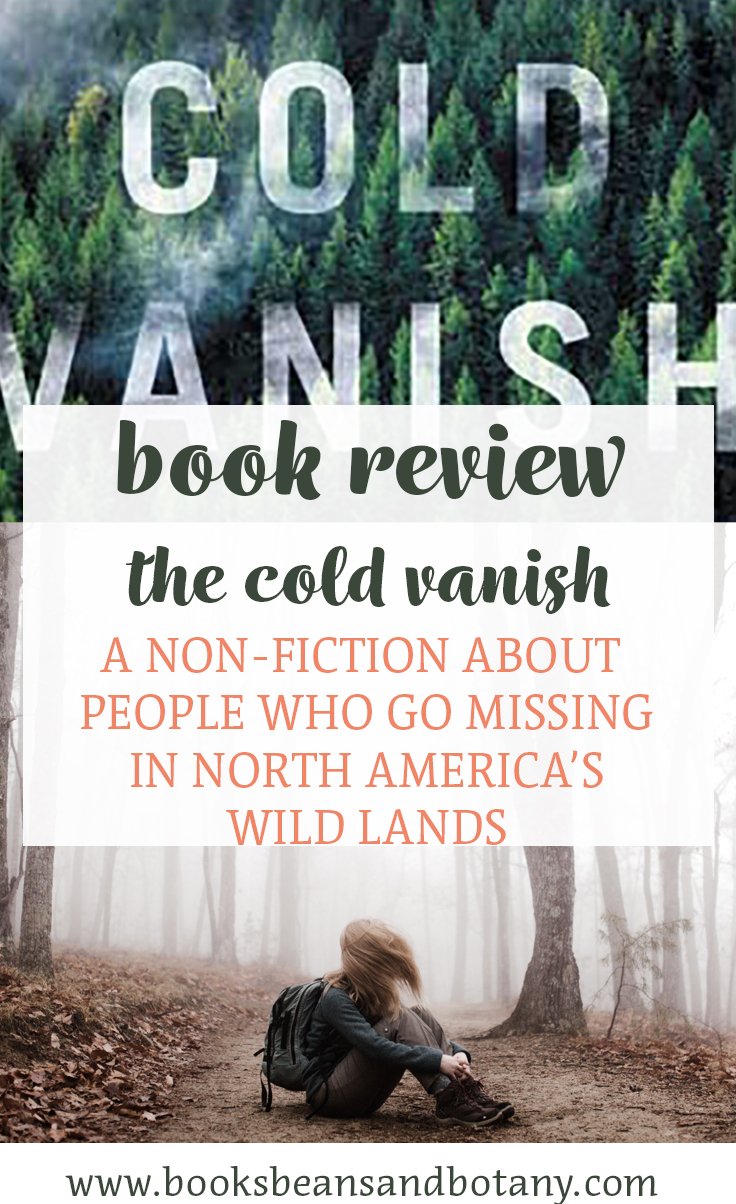 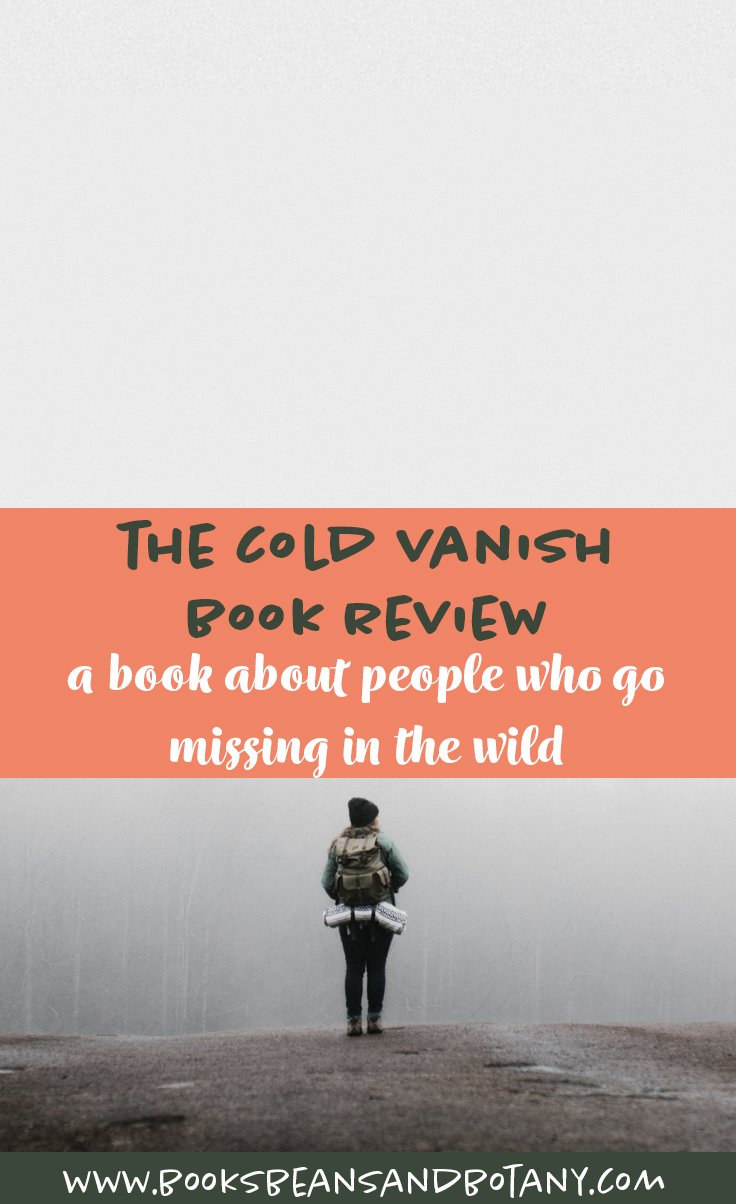 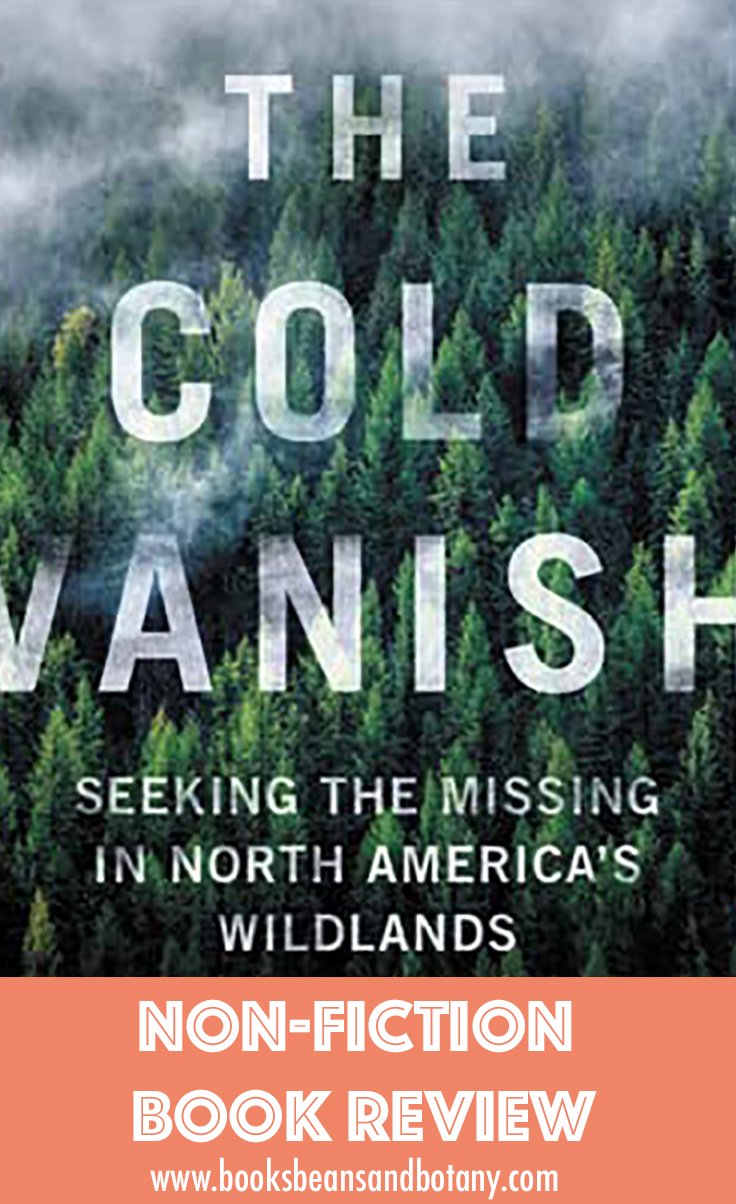 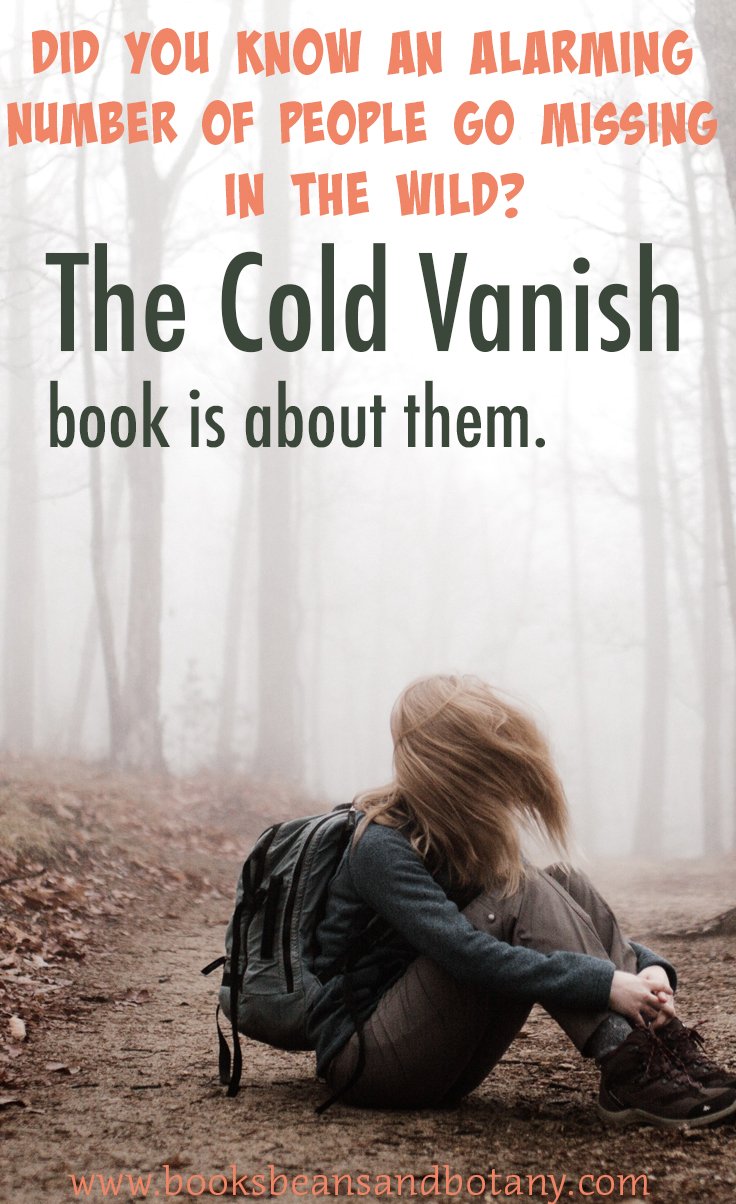