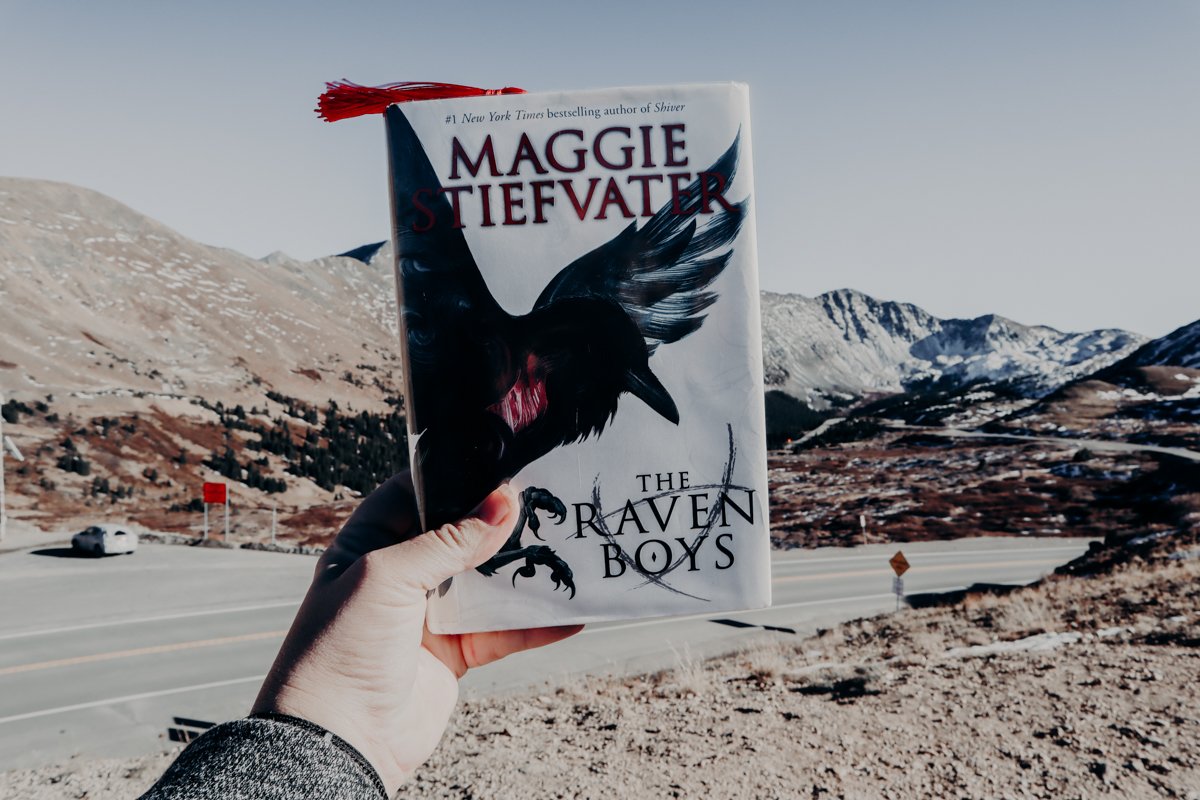 All of Maggie Stiefvater’s life decisions have been formed by a desire to leave a mark, resulting in spray-painted cars, sharpie-covered computer printers, ink-splattered walls, and stories told in books, in magazines, and on stages. Maggie Stiefvater lives in the middle of nowhere, Virginia with her charmingly straight-laced husband, two kids, two neurotic dogs, and a 1973 Camaro named Loki. 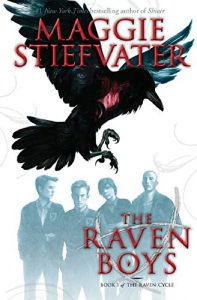 “There are only two reasons a non-seer would see a spirit on St. Mark’s Eve,” Neeve said. “Either you’re his true love . . . or you killed him.”

It is freezing in the churchyard, even before the dead arrive.

Every year, Blue Sargent stands next to her clairvoyant mother as the soon-to-be dead walk past. Blue herself never sees them—not until this year, when a boy emerges from the dark and speaks directly to her.

His name is Gansey, and Blue soon discovers that he is a rich student at Aglionby, the local private school. Blue has a policy of staying away from Aglionby boys. Known as Raven Boys, they can only mean trouble.

But Blue is drawn to Gansey, in a way she can’t entirely explain. He has it all—family money, good looks, devoted friends—but he’s looking for much more than that. He is on a quest that has encompassed three other Raven Boys: Adam, the scholarship student who resents all the privilege around him; Ronan, the fierce soul who ranges from anger to despair; and Noah, the taciturn watcher of the four, who notices many things but says very little.

READ THIS NEXT  What I Read in September & October 2020

For as long as she can remember, Blue has been warned that she will cause her true love to die. She never thought this would be a problem. But now, as her life becomes caught up in the strange and sinister world of the Raven Boys, she’s not so sure anymore.

From Maggie Stiefvater, the bestselling and acclaimed author of the Shiver trilogy and The Scorpio Races, comes a spellbinding new series where the inevitability of death and the nature of love lead us to a place we’ve never been before.

Read this for a #ReadLikeHellAThon prompt too – Jack Skellington prompt of ‘book with a simply meant to be love story.’

Blue is a teenage girl that lives with her psychic aunts and mother; however, Blue herself does not have psychic abilities. Ever since Blue was young, she was told that her true love will die if she kisses him.

On St Mark’s Eve, when the spirits of those who will die in the next twelve months come through, Blue and her Aunt Neeve go to a church. Blue sees the spirit of a boy named Gansey – which means this is either or true love or she will kill him – the only way Blue would be able to see him.

Blue meets Gansey and his group of friends by chance, of course. The boys go to Aglionby – an all-boys school. She develops a friendship with them and joins them on their quest.

I actually kind of love the use of the teen love trope here because Blue and Gansey don’t just fall in love. And, I don’t want to give anything away but it’s never really your typical young adult romance.

I loved Blue, love the use of ravens (I’m a raven fanatic), and the unique take on the supernatural theme. You don’t see many young adult books about psychics and spirits.