I received a copy of Zoon Garden in exchange for my honest review.
All opinions are, of course, my own.
I’d like to thank the author Jordan O’Donnell for contacting me and sending me a copy.

“The voice of the many remained in the lips of the few. And the power of thousands stayed in the hands of two.” 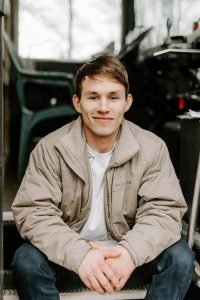 Jordan O’Donnell is a novelist, businessman, former-FBI employee, and self-proclaimed wanderer. After two and half years at the FBI he denied Secret Service, DEA, and FBI agent offers to pursue the writing of Zoon Garden in hopes of bringing civility and empathy to polarized America. A Division 1 wrestler for Virginia Tech, where he completed both undergraduate and graduate work, Jordan writes, wrestles, weight lifts while he looks for the next adventure to pursue or the next injustice to fight. He splits his time between a farmhouse on the east coast and a converted school bus traveling the Americas.

“Isabelle the giraffe waited for her routinely punctual handler an additional five minutes before inspecting the gray stone office.” 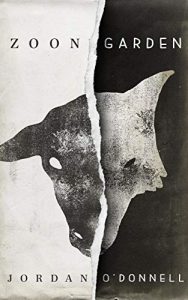 When the mysterious zookeeper of Clarendon Zoo grants his animals freedom to govern themselves, the creatures create a new land founded upon life, liberty, and happiness for all animals. Though the land seems to function well, each species soon realizes they have differing visions for how the land should be governed. With the help of Eagle and Owl’s propaganda, the traditional wolves and the progressive sheep quickly emerge as leaders. The two species fight to spread their contradictory visions, pitting the animals against one another, and inadvertently throw the zoo into chaos.

READ THIS NEXT  The Cannibals of Chaufant by EE Tressler

Fact becomes fiction, fiction becomes fact, truth becomes impossible to discern. The wolves and sheep slowly destroy the very land they claim to lead… Timely, convicting, wickedly creative in the tradition of Animal Farm, Zoon Garden is the warning our fiercely divided nation needs to hear. It will leave you asking: What is the truth? Who is to blame? What is the world’s future?

Here’s a book that couldn’t be more timely. Jordan O’Donnell depicts politics and the current tensions in the country in a way you would never imagine that somehow works perfectly. With a similar feel of Orwell’s Animal Farm, O’Donnell uses the setting of a zoo to depict a nightmare political climate.

As the animals are mysteriously granted freedom by the zookeeper, initially life is everything they could hope for. Slowly, but surely, the animals become more divided based on differences in lifestyles and opinions which eventually becomes strong hatred towards one another. The animals who only wanted life, liberty, and happiness become so divided and don’t know how to get back to a place that was once peaceful.

The book was wonderfully written and O’Donnell succeeds in taking a topic that many find “boring” and would rather not discuss and depicting in an interesting way.

“Animals found it difficult to ignore the fences and bolted doors, and the reviled chains and cages. They believed they deserved freedom and autonomy, not first-breath subjugation.”

“We have lived many seasons under the rule of oppressive humans. They stole our liberty, used our labors for personal profit, and made us believe our rightful place was beneath them. Today, that is no more.”

READ THIS NEXT  The Sadeiest by Austrian Spencer

“It [verbal abuse] always starts small – a slight comment, a demeaning word. But if not nipped right away it continues – nastier insults, objectification, prejudice and eventually physical violence.”

“The two creatures had devolved into a special breed of despicable creature. They were ignorant fanatics wholly and singularly committed to their species. They were stubborn in their ways, and unrelenting in their opinions. They believed one side existed to every argument, one side alone, and that one viewpoint somehow, through intellectual flips, spins and acrobatic maneuvers, proved their every belief. They never admitted wrong, never acknowledged the validity of another’s idea, and never allowed a tinge of empathy. When necessary they vehemently lied to preserve the illusion of truth. If a counter idea wormed its way into their conscience, and they found themselves, despite every attempt to resist, sympathetic toward some false notion, they would cover their ears, babble nonsense, and flee to where they could reinoculate with their native ideology.”

“The creatures began to realize neither the sheep nor the wolves cared for the land or for them. They care for victory alone, and they would destroy the land to attain it.”

“But in Zoon Garden opinions had become facts; facts had become opinions, and truth, if it still existed, hid somewhere in the muddled morass.”

“The voice of the many remained in the lips of the few. And the power of thousands stayed in the hands of two.”

“None expected to murder that day, few were aware of the savages inside them, but when the moment arrived, the land fell as quickly as it had arrived.”

From Rugged Mountains to Rugged Coast, These are 13+ of the Best Books Set in Maine